The fate of the galaxy rests in the hands of the one and only Commander Shephard… again.

Mass Effect 2 was developed by Bioware and published by EA. It’s the most revered game out of the three in the franchise for good reason as it fixes almost everything wrong with the first. I played this directly after a marathon of Mass Effect 1 during my Christmas vacation and I’m glad to say I really enjoyed it.

The world is pretty much the same as the first game albeit you can explore more systems and the different planets and locations are quite unique in comparison to the sparse and desolate wastelands of the first game. You will see the improvement as the content is amazingly paced and the quests are fixed in a way that you will not need to go out of your way to complete them, rather some are already intertwined in the story.

Exploration is also more interesting as you have control of your ship in a diagram-esque manner where you can fly anywhere you want only limited by the amount of fuel you have. Lore is distributed in the same way, through text and voice acting though the environment feels more dynamic and interactive.

The story is structured in the same way as the first one if you look at it from a general standpoint, “There’s this mysterious race and their screwing with the general population, solve this.” However, the tone is very different as it feels more of a – it’s kind of hard to describe – pirate adventure? Since Commander Shepard experience some… physical difficulties so he joined up, willingly or unwillingly, with Cerberus.

Who’s Cerberus, you ask? If you’ve played the first game, you might have encountered some Cerberus agents and labs along the way  so you might think of them as an elitist terrorist organization composed of humans, with their goal is to make humanity the most dominant species in the galaxy. However we find out that there are two sides to this story, and who Cerberus is depends on who you’re asking.

The characters are as likable as ever, with some new ones being introduced and some of the old cast coming back. Remember that your choices in the first game have some impact on how these characters will treat you, if they are alive at this point. There’s a new mechanic though when it comes to the characters called “Loyalty”, if you finished their quests then they become loyal further increasing their chances of survival and granting them more powers.

Paragon and Renegade are back at it again, and they’re back with style. You now have the ability to interrupt dialogue at certain scripted points with the Paragon(blue) or the Renegade(red). Although it is actually a dialogue choice in disguise, it does make the flow of the conversations and dialogue more believable and interesting. Again, these choices will influence how the world of Mass Effect will treat you and it will also influence the ending and some of the aspects of the final instalment. 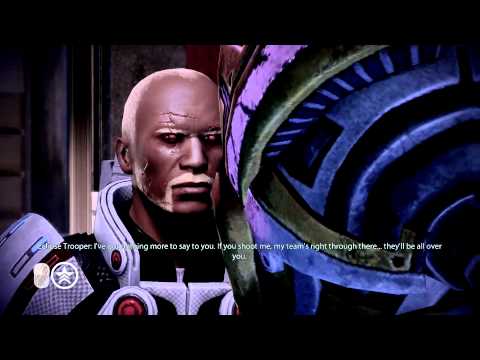 No longer will you need to drive around a car with wheels made of ice, you’re just given a top down perspective and control of your space ship, Normandy 2, as it flies around the system. You can visit planets and scan for ores or interferences (which are mostly mini side-quests) and launch probes to collect them. The ores will be used for the various upgrades that you can make for your ship,guns and Shepard himself/herself. 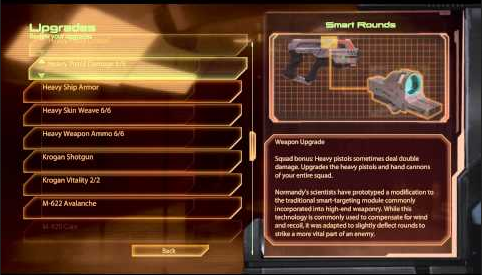 There’s also levels with the Hammerhead, an anti-grav vehicle which surpasses the Mako in every way I can think of. These levels usually require you to go from point A to B and avoid or destroy any obstacles in between. 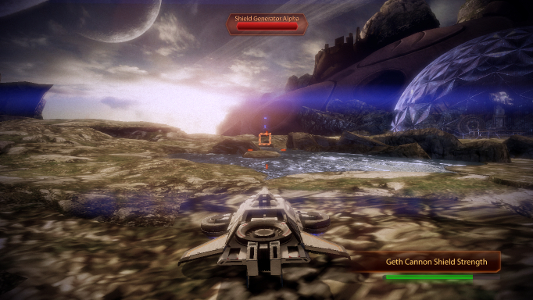 The various guns and armor that you can buy are certainly more unique and interesting than the armor and guns from the first game both in terms of visual and gameplay wise. The overheating mechanic is completely replaced by ammunition which is dropped by fallen enemies. Certain classes can only wield certain guns. For example, my class Infiltrator can only use pistols and sniper rifles. The powers are also more impactful visually, especially the psychic ones. 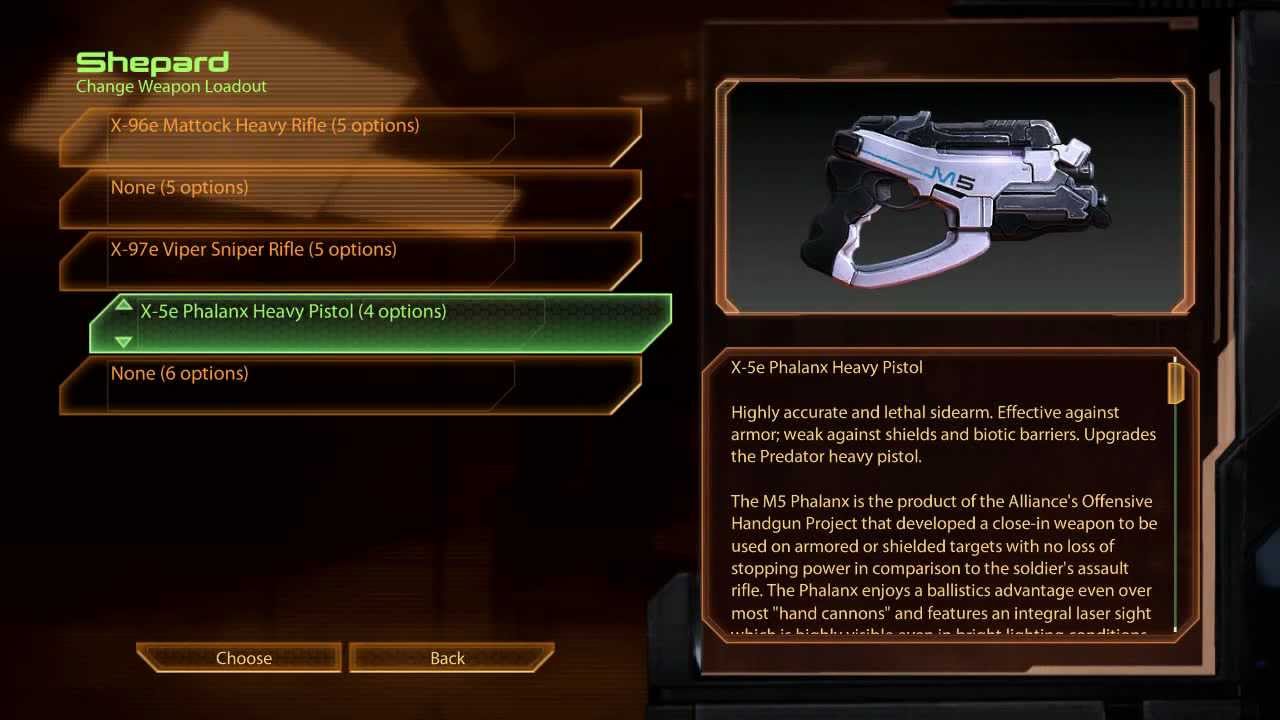 Keep in mind that the different variants of sniper rifles, shotguns, assault rifles, pistols and special weapons all handle very differently, in terms of damage and use.

It basically comes in sets, as wearing a full set of armor is better than wearing armor pieces from different sets in my opinion. However feel free to experiment, as each piece of armor has its own bonus to stats whether it be dialogue or damage. Also helps that the armors look kickass awesome.

The powers are more visually impressive, some powers give effects to your ammunition to help fight against a specific type of enemy, while some powers serve to just hurl a fireball that does damage. But the most interesting powers are the psychic ones, there’s a power called singularity which creates what I assume to be a gravity well, that sucks in unshielded and unarmored enemies which puts them in a vulnerable position.

Do keep in mind that the powers can also be chained for more devastating effects.

In conclusion, if you want to try out the Mass Effect series, you usually start with 2 and work your way from there. It’s nicely built and is regarded as the best in the franchise for a reason. Personally, I liked the third better but I can’t deny that two is a more solid game throughout, it stays consistent and always meets your expectations.

The remastered version of this game is not worth it.