Donkey Kong is an arcade game released by Nintendo in 1981, and it is probably the one of those games that everyone have heard about, or even have had play back in the 80's on arcade machines, or at home on all kind of consoles. 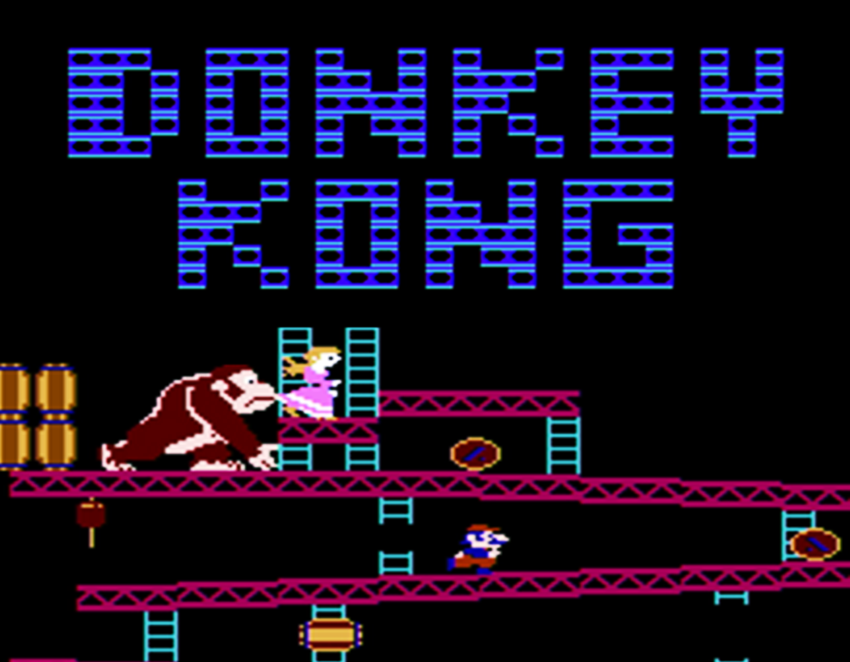 It is one of the earliest examples of the platform game genre beside the 1980’s Space Panic. In some countries such as the US, the term climbing game was used by the gaming press for games with platforms and ladders. As the first platform game that had jumping feature, Donkey Kong required player to jump between gaps and over obstacles of approaching enemies, which set the template for the future of the platform genre.

Considering that it had four unique stages, Donkey Kong was the most complex arcade game at the time of its release and one of the first arcade games to feature multiple stages, following 1980’s game Phoenix and 1981’s Gorf and Scramble. 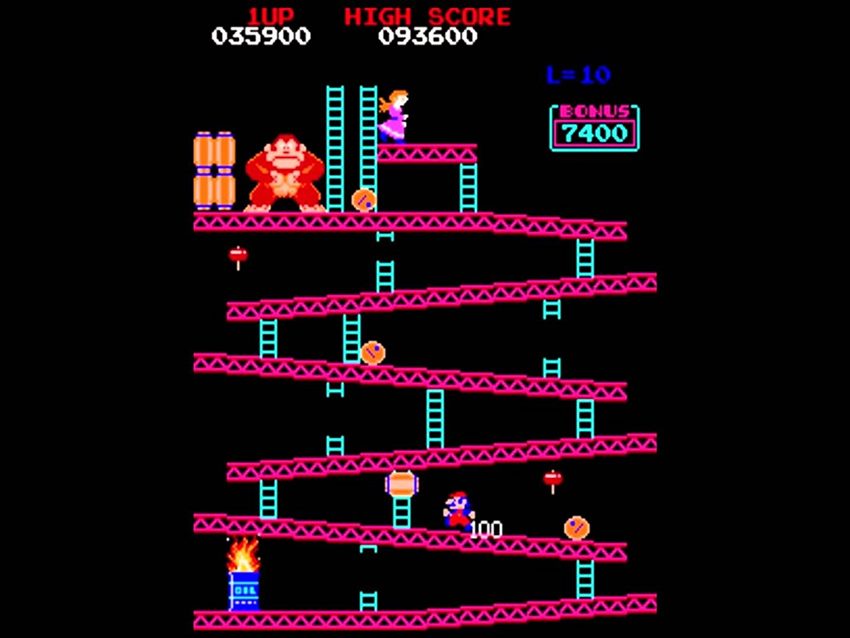 Donkey Kong is considered to be the earliest video game with a storyline that visually unfolds on screen. The eponymous Donkey Kong character is the game's de facto villain and the hero is a carpenter originally unnamed in the Japanese arcade release, later named Jumpman and then Mario.

Competitive gamers and judges emphasize the high level of difficulty of the game compared to the other classic arcade games. It requires a lot of patience and the ability to accurately time Mario’s ascent. In addition to presenting the goal of saving Pauline, the game also gives the player a score. Points are awarded for leaping over obstacles, destroying objects with a hammer power-up, collecting items such as hats, parasols, and purses (presumably belonging to Pauline), removing rivets from platforms and completing each stage (determined by a steadily decreasing bonus counter which acts like some sort of a timer).

The player typically receives three lives with a bonus awarded for the first 7,000 points, although this can be modified via the game's built in DIP switches (a DIP switch is a manual electric switch that is packaged with others in a group in a standard Dual In-line Package). You lose one life whenever Mario touches Donkey Kong or any enemy object, falls too far through a gap or off the end of a platform, or when the bonus counter reach zero. 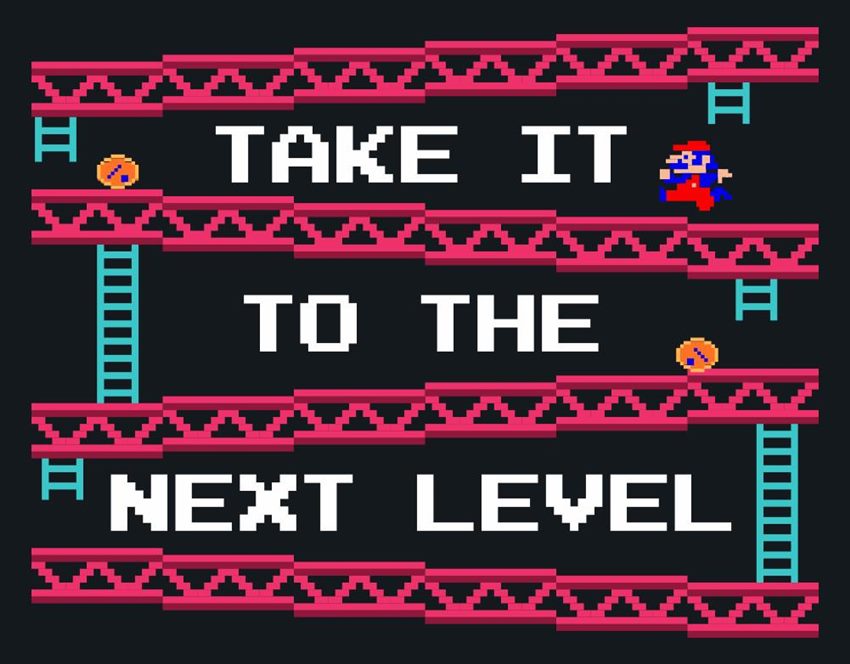 Game is divided into four different single-screen stages where each represents 25 meters of the structure Donkey Kong has climbed, one stage being 25 meters higher than the previous. The final stage occurs at 100 meters. Stage one involves Mario scaling a construction site made of crooked girders and ladders while jumping over or hammering barrels with a hammer power-up, and oil drums tossed by Donkey Kong. Stage two involves climbing a five-story structure of conveyor belts, each of which transport cement pans. The third stage involves the player riding elevators while avoiding bouncing springs. The fourth and final stage requires Mario to remove eight rivets from the platforms supporting Donkey Kong; removing the final rivet causes Donkey Kong to fall and the hero to be reunited with Pauline. 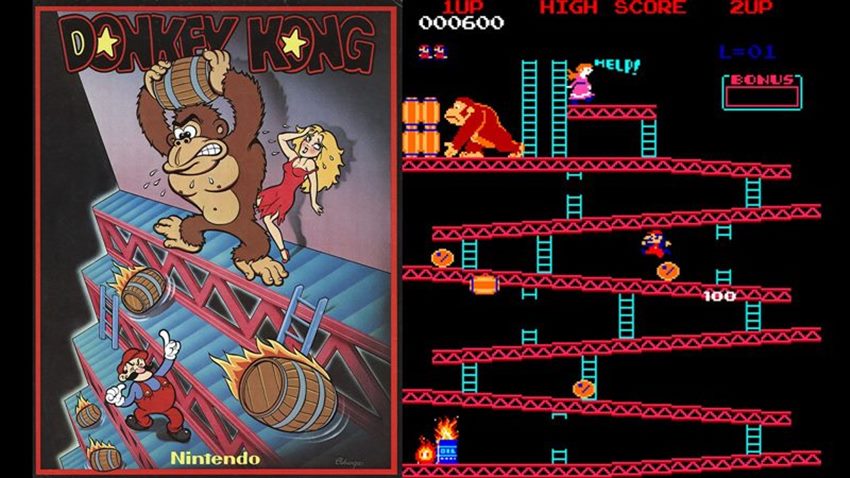 After completing the fourth stage, the level then increments, and the game repeats the stages with progressive difficulty. For example, Donkey Kong begins to hurl barrels faster and sometimes diagonally, and fireballs speed up which makes the game more interesting and very competitive.

An interesting fact about the level 22 is that it is known as the kill screen due to an error in the game’s programming that kills Mario after a few seconds which ends the game.

For those who would like to try out the game, here is the link:
http://www.smashingarcade.org/donkeykong/#

Why didn't you get that hammer?

I still have the Donkey Kong Atari cartridge. And at times... I still call Mario as Jumpman. XD

I remember playing this a long time ago

It is one of the best classics that you can find, it marked an era in which video games truly amused you and generated beautiful memories that still remain to this day.

Simple graphics, but amazing. I played a few of these good old games by using a emulator, it was always fun. I have to repeat that, thanks a lot for the review and the "reminder". :-)