Rate this article "A Story About My Uncle: Game Introduction and Review"

A Story About My Uncle: Game Introduction and Review

A Story About My Uncle is a game that begins with the main character telling his child a story from childhood. Long ago his favorite uncle went missing after an expedition. The main character, a year after his disappearance, decided to go up into the attic where his uncle completed all his experiments. His uncle was a very impressive man, he discovered lives of many forms, was a great inventor, and even found the strength the climb a mountain at the age of 52. While looking around and remembering his beloved uncle the boy found equipment that looked like it didn't belong in his world. After putting on the equipment and messing around in his workshop the boy accidentally activated a device that took him to a strange world. This world has floating rocks, strange runes, and even odd frog like humanoids.
Explore the world and try to find your Uncle Fred. With the gear your uncle gave you, you can defy gravity and create energy grapples from your gloves! Try not to fall in this fantasy land and follow the path to look through this world that seems to have been prepared just for your arrival.

A Story About My Uncle

A Story About My Uncle combines fun physics and platforming elements with charming storytelling. As you step into this Narnia-like wonderland you see giant chasms and steep cliffs impossible to get past normally. However thanks to the gear bestowed to you by your uncle you have the means to adventure into this strange world. You must figure out how to use your gear to get from Point A to Point B. Swinging, jumping, and tossing yourself through the air are all necessities in this world. You feel a sense of freedom and a hint of adrenaline as you free fall off structures and vault through your environments. At times you won't even touch the ground. And as you progress further and further you find more pieces of equipment, almost as if your Uncle was expecting you to come to this world. 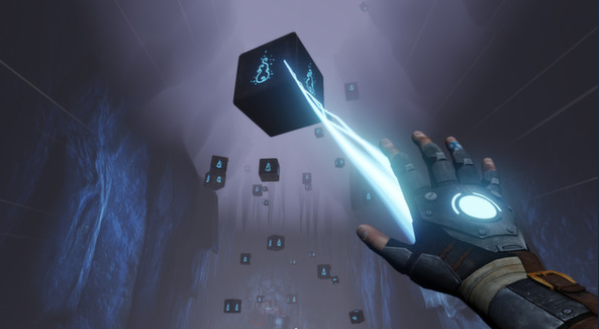 The Environment
The world you will explore has varied landscapes but a consistent feeling of wonder. You travel from caves, to villages, to sky cities that defy reality. The world in A Story About My Uncle is beautiful in all it's aspects. In this game you don't throw a single blow. You never harm anything or anyone, instead you simply travel along the world and make new friends.

I can't find fault in the environments that this game creates. Each one is specially crafted and has a unique atmosphere, and yet they all feel cohesive with one another. And each environment is one that you will look at with great detail. As you vault through the areas you are looking for your next grapple point or the next area to land. The biggest challenge in the game is recognizing the path you should take to get to your destination. Often this path is a linear one, but occasionally there are multiple avenues to achieve your goal. And as you familiarize yourself with the levels you become more skilled, and as a result the game-play becomes much more smooth.

The mechanics itself are really great. Rarely will you die because of an error on the games part. When you fall it is because you messed up. The jumps are smooth, the physics are consistent, and the controls are incredibly responsive. It really plays like a child's fantasy. 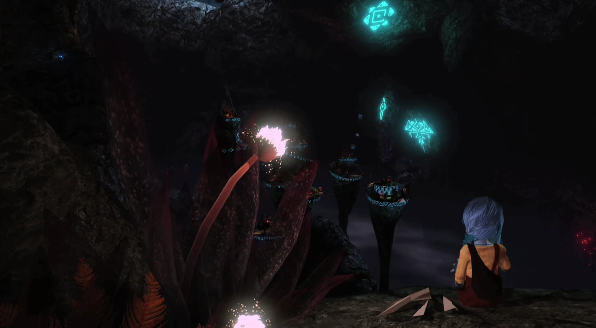 Gameplay
As you travel you find someone that knows your uncle. And after brief conversation you gain a new travel companion. Maddie is a strange frog girl that doesn't have the same gear as you. But luckily you are nearly weightless even with her on your back. You and your new friend share the experience of this game. And with a new companion there comes new challenges. Maddie is a fan of dares, and if you can't back down from a challenge, this game might take a while.
The achievements that are available in this game add a lot of challenge. If you don't know an area like the back of your hand you will fail it every time. If you play this just for the story the difficulty is very minimal and any person has the ability to complete the game fully without any effort. Which is great, because this is a game that I would give any child or casual gamer to play. But it still has content for those looking for a challenge.
If you just look at the global achievement stats on steam for A Story About My Uncle you will see how few people have completed them all. You have to become creative with the levels and get the most momentum and distance out of every movement you make. Those who have taken the time to improve at this can complete the entire game within mere minutes. The fact that this can be played as a casual game and yet still has a high skill ceiling gives it a very wide appeal. 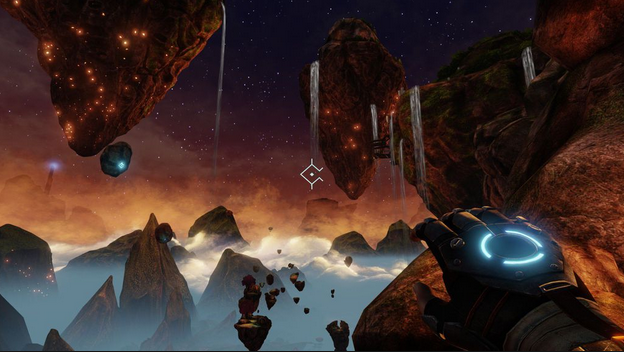 My Thoughts
A Story About My Uncle tells a story with a large amount of interpretive depth. If you are a fan of Guillermo Del Toro, the renowned director of Pan's Labyrinth you will enjoy the ambiguity that this story tells. Whether this is a story of a rationalization of a wounded man who can't forget his dear uncle, or this is a story about a man trying to explain to his daughter the concept of death, or whether this is just a story about his uncle that really does live in this magical world full of wonder is up to your interpretation.
A Story About My Uncle is a fantastic platformer, that tells a great story. I would recommend that anyone of any age play this game. It is truly something to be appreciated. It has childish charm, a great level of challenge, and it builds a beautiful world. The only true fault is that it is so short. I wanted to see more of this world that was created. But despite that I still enjoyed the game. A Story About My Uncle is a title that goes on sale every now and again. I picked it up for only 2 USD and at that price there is no reason not to try it out.

Rate this article A Story About My Uncle: Game Introduction and Review

Beautiful. I love this game too

Got it recently and only started to play, but I already can admit the game is really interesting. Such a deep story with some uncommon attitude. Thank you for revealing your opinion in your work here!

I started playing with open beta (when there were only planes), I really liked it, everything was straight. Graphics, physics, math models of airplanes, it was great! I waited for the tanks, waited, played, everything was fine. And then all the garbage started. Inexplicable penetration and my penetration and me penetration. I tried to go into the planes again some ****, I shoot at point blank range and can not kill, only pieces from the plane fly tons and the wing does not break, the stabilizer still stabilizes, the engine does not burn! And most importantly, I see hits and flashes from hitting an enemy model and nothing happens! He concluded that Internet ping was to blame for everything, looked at the game statistics - ping 45, not a fountain, of course, but you can adapt, but nothing works. And the last few tank games are a masterpiece! No matter where I go (behind a ravine, behind a house, and through all sorts of hard-to-reach places) trying to get around the enemy from the flank, when I leave the shelter a fatal projectile certainly flies to me, although throughout my “flank tour” the enemy is shot and provoked into a lobeshnik ! That is, understand what I'm getting at? They shoot him in the forehead, I begin to go around behind the dump (he doesn’t see me and there is nobody to shine me) appears, and the tower is already turned in my direction and as soon as the bottom of my tank, led by the mechvod, is shown, it flies to me