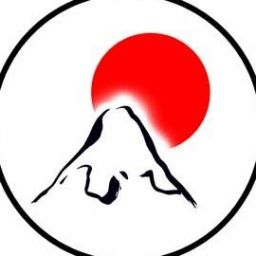 On the one hand, Fortnite x Star Wars is such an outlandish and untested idea, you have to admire the sheer chutzpah of Epic Games. On the other, the actual technical experience sucked for an awful lot of people.

First, the good: J.J. Abrams debuted a new Star Wars: The Rise of Skywalker clip inside Fortnite on Saturday. The reveal was preceded by an epic sky battle between the Millennium Falcon and some pursuing TIE Fighters. All the while, a whole, entire fleet of Imperial Star Destroyers sat higher up in the sky watching everything unfold.

After the Falcon fended off its attackers and landed, Abrams popped out of the ship – literally, a Fortnite avatar of the famed filmmaker – to vamp for a little while before revealing the clip. Geoff Keighley was there, too, dressed in a Stormtrooper skin.

You can watch the whole thing below, including the (short, not terribly exciting) clip. And while that clip was probably the day's lowlight, the whole concept of revealing a clip like that and the execution inside the game was super cool. See for yourself. (Skip to around the 33:40 mark to get to the good stuff.)

Unfortunately, lots and lots of people faced one of the most frustrating everyday tech challenges of the modern era: issues outside of their control that left them on the outside looking in.

Anecdotally, I can tell you that I fired up my Fortnite client a full half hour before the 1:30 p.m. ET "doors open" start time. I clicked play to jump into the game a minute or so after doors supposedly opened and was promptly transported to a lobby filled with other players. After about a minute in there, we were all whisked off to a Battle Bus flying high above the Fortnite map, with a blue beacon of light shooting out of the Risky Reels location where all the Star Wars festivities were set to unfold.

That's when things took a turn. I pressed the space bar to jump out of the bus and parachute down to land, but instead of that happening the game simply crashed straight