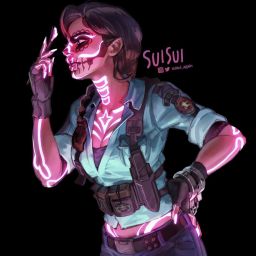 Hello there, my name is Ray and this is my review on Stonies, a game with a few pros and many cons to it.

What is Stonies? Stonies is a survival browser, steam, and IOS game about experiencing the earliest era of humanity. The game itself goes at a rather slow pace though but you do get to unlock more features as you go on with the game. For a browser game, the graphics are actually good and doesn't hurt your eyes. The gameplay though, it relies on time in order to move on which doesn't make for the best gameplay. The game does provide a nice tutorial to help out new players figure out it's mechanics. The game also relies on a type of pay to progress system that involves you using your own real life money for upgrades. Outside of that, the game can get boring real fast. Getting resources and completing certain actions can get repetitive along with having to wait long amounts of time to get them. You're also constantly grinding resources which can run out and take a while to come back. Stonies seems to have specific pattern in order to progress on with the story and gameplay. The pattern is: Grind, farm, repeat. The gameplay is similar to a Facebook game's type of style.

While looking at the reviews on Steam from curators, four out of the seven reviews confirmed that Stonies previously contained a highly illegal spyware called "Red Shell" that spies on your web activity and sells the info from it off. Because of this, Stonies can now be found on the Red Shell Games list.

I have many suggestions for Stonies that could help improve it. My first one is to reduce the wait timers, many potential long time players of the game can easily get bored of it just because of how long you have to wait to complete gaining resources, doing certain actuals, and just overall moving on in the game. My second suggestion is to remove Red Shell. Red Shell may not do anything in the game but because of it identifying as a spyware, it can scare away many more potential players of the game. My third and final suggestion is to remove the pay to progress or at least not have it appear as much in the game. Everyone who plays a game, even its free or not, doesn't want to pay their hard earned money in it to progress in the game. This can ruin the game for almost anybody.

I'd recommend playing this in browser instead of Steam because of the Red Shell warning. Stonies is a nice little way to pass time if you're patient, love having good graphics, and not mind the pay to progress systems. If I had to give it a one to five rating, I would go with a two because there seems to be more cons than pros to Stonies.