Minecraft is a game created by the Mojang AB studio. The game is a pioneer of its genre. It combines elements of RPG, survival, crafting and Indie. The graphic design in the game is kept in a very simple retro style. Minecraft is a sandbox FPP or TPP game. The game was released in 2011 when it came out on PC. In the following years, it was released on further platforms. Currently, this popular game can be played on almost all seventh and eighth generation consoles. Minecraft gains thousands of new fans every year. The game was initially identified as one for younger players because of its graphic design. As it turned out, elements of survival, infinite possibilities of building and developing the world also attracted older players. Simplifying the story - from the very beginning of the game we play as the miner, who must acquire voxels - brick-like blocks. We collect these blocks by destroying other objects. Breaking the stone, we get stone blocks, destroying the mountain, we get soil blocks, while chopping the tree we get wood voxels ect. Each of these types of blocks are suitable for something else. The game is a great sandbox with unlimited construction possibilities. When we collect the right number of blocks, we can start construction. Minecraft can be played in a classic mode, in which we change into architects and we can freely build and create the world around us. Many players in Minecraft recreate buildings from other games or reality. We can also play Minecraft as a survival game. It switches into day/night mode which forces us to build more during the day. When night falls, zombies come out trying to kill us. Anyone who dreams about trying their strength at building the world of Minecraft can now exchange Soul Gems for their own game! 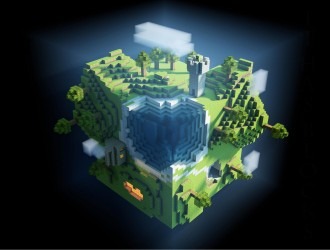 We are sure, that almost every person with a creative soul heard about Minecraft. This popular production was created in 2011 and was immediately released on PC. In the following years Mojang AB Studio released Minecraft for multiple platforms. Currently, the game can be played on almost all popular home consoles of the seventh and eighth generation. Since the first edition of the game its mechanics have not changed. However some new ideas for skins or missions have appeared. Minecraft is one of these games which have still not been assigned to a specific genre. You can call it a pioneer of its own genre. It is a sandbox offering endless possibilities. However, the game has many RPG, survival, crafting and Indie elements. The simple "pixel" graphic design is kept in a retro style. Minecraft can be played in either FPP or TPP mode. The game does not offer us a meaningful storyline. It is just this huge sandbox offering endless possibilities. At the beginning of the game, you play the role of a miner who acquires materials and minerals. Our task is to dig out voxels - brick-like blocks. There are several types of blocks in the game. We obtain them from various materials. Breaking the stone gives stone voxels, chopping the tree - wooden blocks. After collecting a certain amount, we can start construction. Minecraft can be played in two ways. We can simply enjoy the possibilities of infinite building or go into survival mode. In the classic mode, many people build minecraft replicas of popular buildings and monuments, create their own cities and villages or buildings known from other games. The survival mode introduces day/night activities. We can build only during the day, because at night we are attacked by bloodthirsty zombies. At the very beginning the game was identified with younger players because of its simple graphic design and mechanics. Simply built character figures, animals and houses "made of blocks" etc. were associated with children. However, it turned out that the game is focused on creative entertainment, which requires imagination. This convinced thousands of older players to play this game. If you also want to see what Minecraft has to offer, exchange your Soul Gems for your own game! 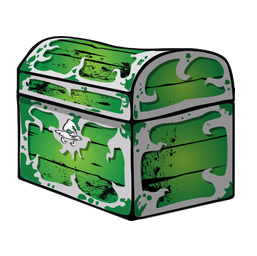 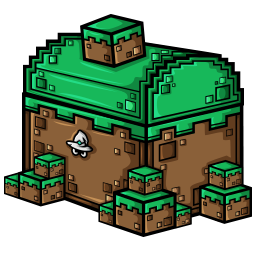