A lot of people unrightfuly assume NKG is hard. But is he? [VSauce intro]

Alot of people say that Nightmare King Grimm is about the second hardest boss, behind The Radiance. Altough he can be hard, it usually depends on how you predict his attacks. Yes, predict.. because his attacks, opposite to the ones of Troupe Master Grimm, are predicted during the cooldown and not the actual attack. (cooldown= time between attacks)


When I say that his attacks are predicted during the cooldown, it is because he sometimes dissapears into flames, and sometimes backsteps like a spider.

Some of his attacks include:
· Flame Pillars: NKG dissapears into flames for about 2/3 of a second, then reappears in the air looking down at the ground and after another 1/3 s a big flame appears that doesn't damage the player but a flame pillar as tall as the screen will emerge damaging the player for 2 (two) masks. 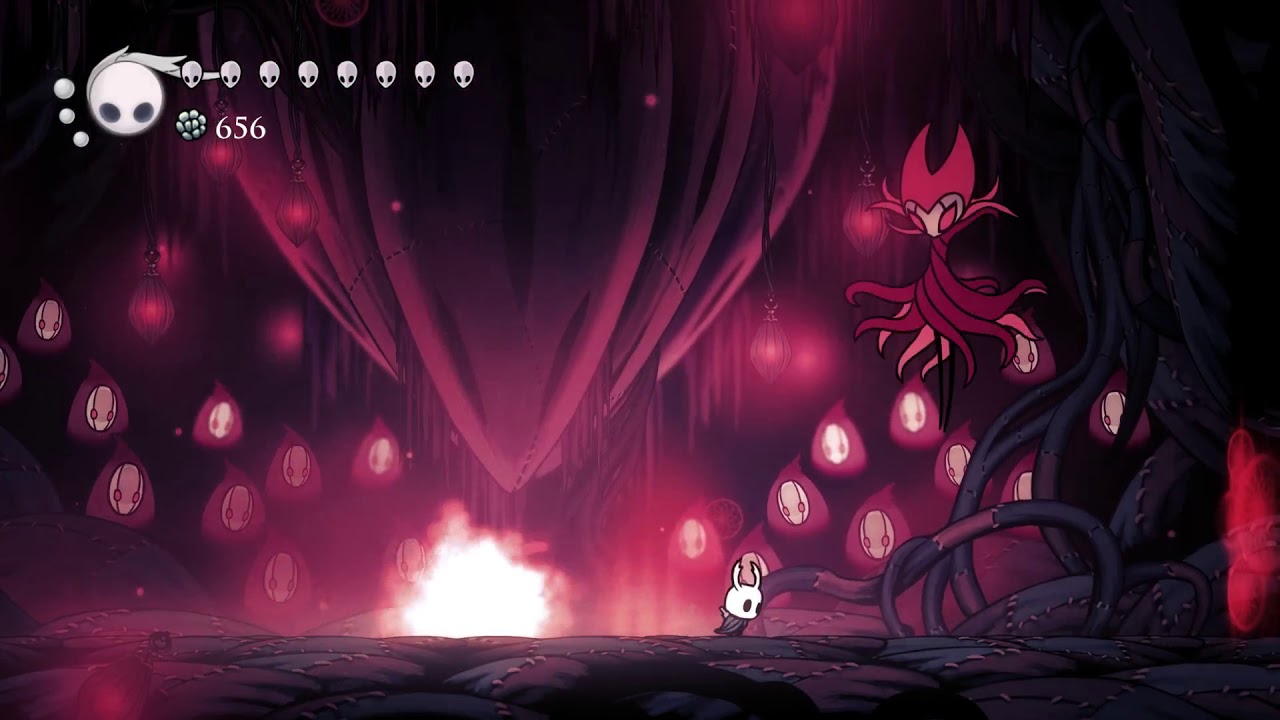 photo of the flame signaling where the fire pillar will emerge

In my oppinion, the best way to counter this attack is to just get out of the flame's way. But do NOT run from it, you will quickly run out of arena space and have to do weird dodging which will result in you propably dying.

· Uppercut and fire rain: During this attack, NKG will appear on the ground and dash towards the player then uppercut in the air bursting into flames which rain down on the arena. The spacing between the fires that come down is extremely consistent but is pretty hard to predict thanks to the arc the flames go down in. 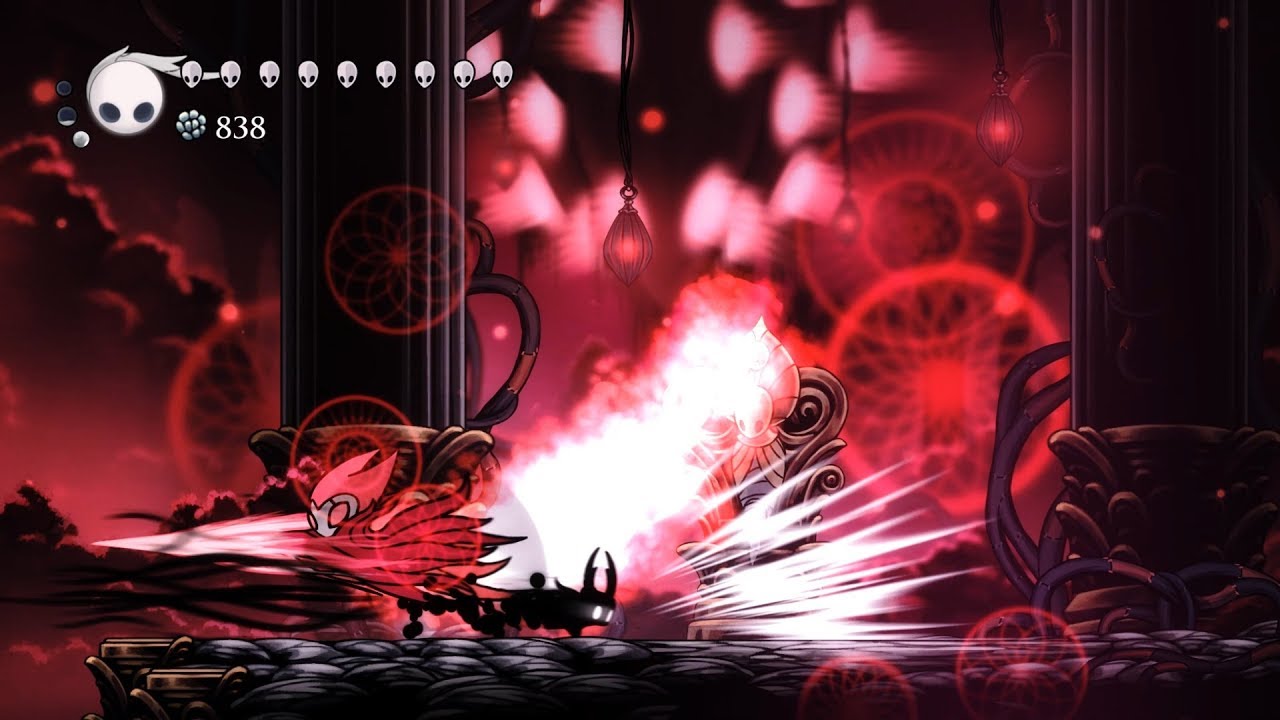 photo of NKG's dash
As seen in the photo, you should use your shadow dash to dash through him, if you dash with him there is a chance his final position will be where yours is and as a result get damaged, damaging for 2 (two) masks. *note: all of NKG's attacks deal two masks of damage;

I couldn't find a picture of his uppercut, and I currently don't have acces to XBOX GamePass to play the game and get the photos myself. (I would)

After the dash he will uppercut, launching himself in the air in a small arc. He then dissapears, bursting into about 8 flames which will follow a set arc. I reccomend using the shadow dash in order to keep yourself invincible while the flames are on the ground. Surprisingly this strategy works almost every time, like it was intended like this.

could't find photo again, but imagine the whole attack as a torpedo>uppercut>fire rain.

And those were only 2 of a lot of his attacks, seems complex right? Well the reality is that it isn't!

Conclusion: you only need to learn to predict his attacks and put them into your muscle memory, afterward the fight is a cakewalk!

Small note: this isn't spam not plagiarism, this article got rejected for a photo not being big enough. (I checked) I am reuploading for this to get accepted.