Outlast is one of the best survival horror video game published and developed by Red Barrels. It focused on the investigation of a journalist and introduced a great atmosphere with sudden jump scares, grotesque character designs, and thrilling gameplay.

The game took place in a deserted psychiatric hospital, Mount Massive Asylum, located in the distant mountains of Colorado which, was later re-opened by the Murkoff Corporation. Freelance journalist, Miles Upshur, received an anonymous email from a software engineer, Waylon Park, who informed him about the human experimentation within the asylum. Miles decided to investigate the case, but little did he know about the horrors waiting for him in an abandoned home for mentally ill and psychotic patients. 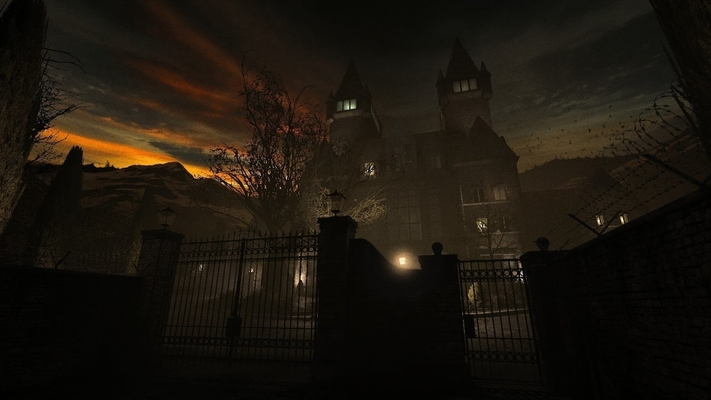 Miles entered the asylum through a window and started searching for clues. He was shocked to discover a room full of rotting corpses and a dying officer who insisted him to leave immediately, but Miles found that he could not return the way he came and must find another exit. In search of an exit, Miles encountered Chris Walker, a hulking mutant, who pushed him into the lobby. In his unconsciousness, Miles met Father Martin, a self-proclaimed priest with a mental disorder, who called Miles his apostle and sabotaged his escape because he wanted Miles to convert. After waking up from a blackout, Miles found himself in an anesthetic state inside a decaying cell block full of lunatic patients and started to look for a way out. 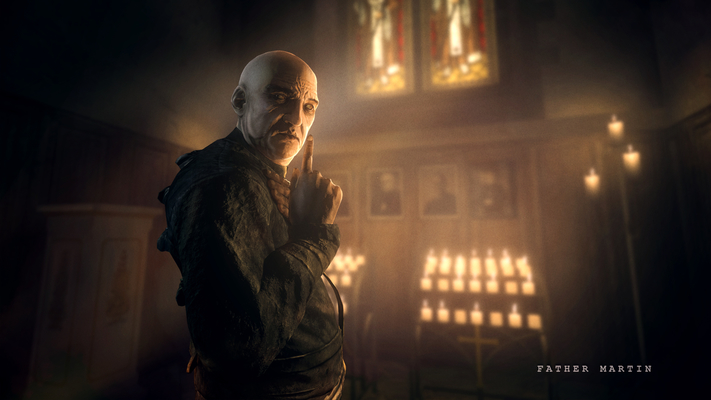 Miles had to force his way through the sewers after encountering cannibalistic twins who expressed a desire to eat him. He escaped to the main ward, but unfortunately gets captured by Richard Trager, an insane inmate, who imprisoned and strapped Miles to the wheel chair and beat him while cutting off his two fingers. Miles manages to break free after Trager leaves for a short period and flees to the elevator. 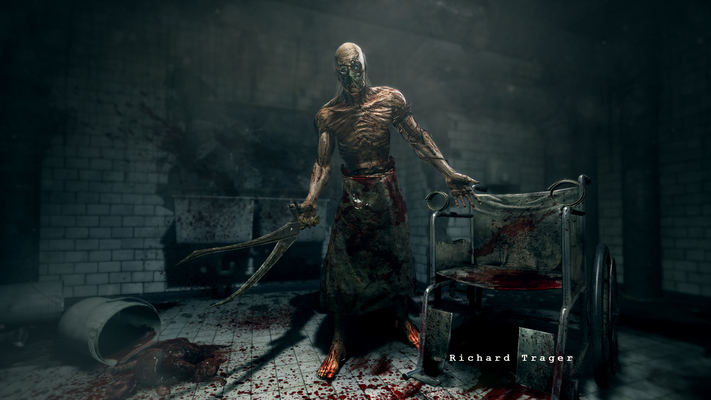 Miles further explored the hospital and encountered Martin again, who told him to reach the asylum’s chapel. On his way to the chapel, Miles is chased by a ghost like entity named Walrider while finding an exit to the asylum grounds. Miles followed the trail of blood left by Martin to get to the chapel. Miles reconvened with Father Martin and witnessed his crucifixion. Before his self-immolation, Martin gave Miles a key to an atrium elevator. 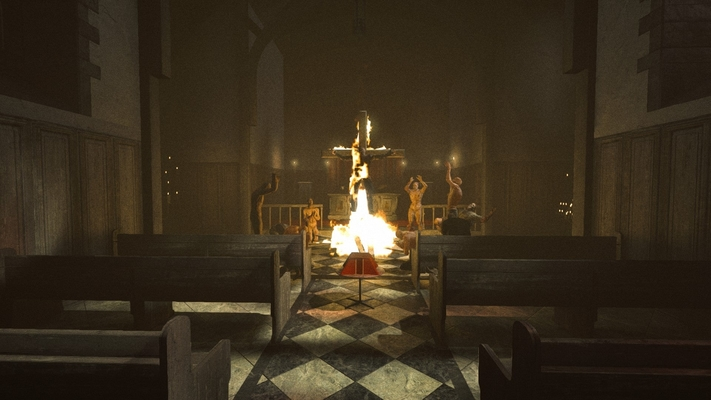 Following, Miles took the elevator. Instead of taking him to an exit, the elevator took him to an underground facility. Miles came to learn about the truth behind the Walrider after confronting its creator, Doctor Wernicke. Miles found that the host named Billy Hope was controlling the Walrider and terminated Billy’s life support. 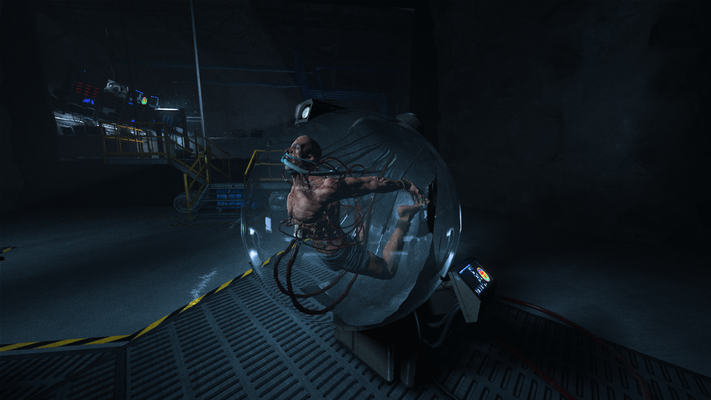 The game has a first-person perspective. Due to its stealth mechanics, the player must hide or run to avoid death. The player ventures through the dark areas of asylum, which can boost one’s adrenaline and make the heart beat faster. The game has a claustrophobic environment and, jump scares are the central theme of it. The game introduces terrifying antagonists, which can fright and chase you at any moment. The game mechanics include crouching, walking, jumping, running, climbing ladders, and hiding. The player has a night vision camcorder which, helps to see through dark areas. However, the batteries need to be collected to keep the camera alive. 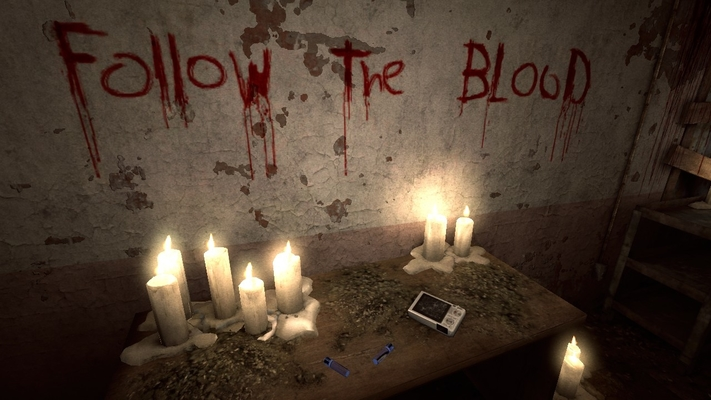 Miles was hoping Walrider would die right after its host’s death, but on his way out of the facility, Walrider attacks him and possesses his body to use him as a new host. After a few minutes, the military infiltrated the facility and, gunfire results in the death of Miles. The game has four different difficulties; Normal, Hard, Nightmare, and Insane. The game has a DLC, which covers the events before the arrival of Miles Upshur and follows the story of Waylon Park. 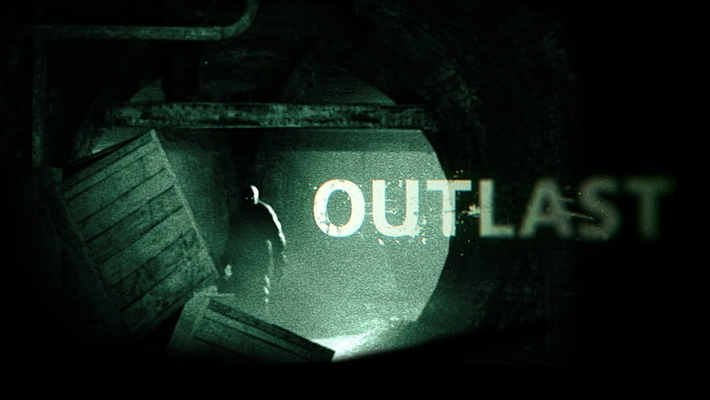 Very good horror is this game i am play!!!

i love this game and this article is best

Really good article, I hope to see more like this.

I used to watch this game from my favorite youtubers, good article.

Who can play Outlast alone at night? :D

Article was great I had fun watching pewds let's plays how he chickened out about it. So funny tho

I remember I rated this article!Congragulations on getting it poted.