This is my first article/review in Gamehag.
The review about the first game I play in Steam,World of Tanks Blitz.
This review is according to my opinion,different people might have different opinions.

The game is basically a World of Tanks PC but in a smaller size and a much simple gameplay.

Differences between Blitz and PC:

With all games,World of Tanks Blitz has its Pros and Cons.Unfortunately,the game has more cons than pros.

The pros and cons of the games:

It is good to have a game that is available in multiple platforms.Although World of Tanks Blitz is originally for Android and iOS devices only,they eventually decide to release it to Windows and Mac devices.For PC users like me, I consider this to be convenient as I do not need to adapt playing on my smartphone. 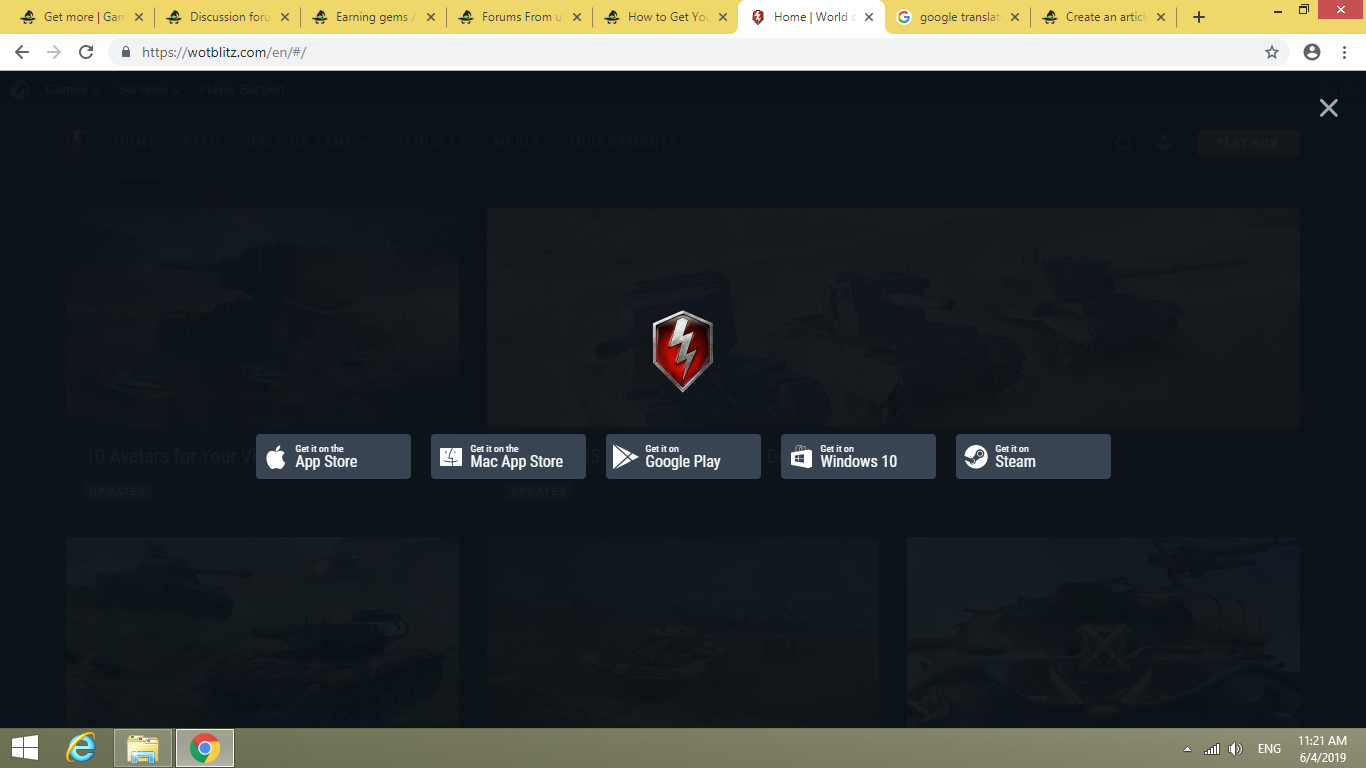 In case you do not know what is RNG, RNG stands for Random Number Generator. Basically,you program the system to choose a number between x and y.(x is minimum number while y is maximum power).For example,the damage stats of a certain tank is 200, but the RNG inside it will make the system to choose a number between 150 to 250,which means you might get 167 damage output instead of the expected 200 damage output.Not just the damage value that RNG dictates,it also decide about penetration value and accuracy which also are important aspects in the game.

Why is this a bad thing in the game?

The reason is in this situation:
When you have 1000 hp,you face a tank which has an average damage of 960 hp.Statistically,you can take a shot from it and survive. Unfortunately,with RNG,the enemy shoots you and causes 1000 hp of damage,killing you instantly.

This is a very bad situation to be in.It is very infuriating and annoying knowing that this happened to you especially in a 1v1 situation.
In conclusion,RNG influenced the game heavily and affects the outcome of a match.

Who likes waiting forever to get match up? Definitely not me.The waiting issue never appear until an update which make the wait a lot longer without improving the quality of the team you get after matching up.I am no great player,but i know the fact to not die utter stupidly. A lot of players like to be AFK or YOLO towards the enemy,while others remain outside not taking cover even though the enemy is chewing away their hitpoints.

Although this is also an issue in other team-based game, this issue is in its finest in World of Tanks Blitz. 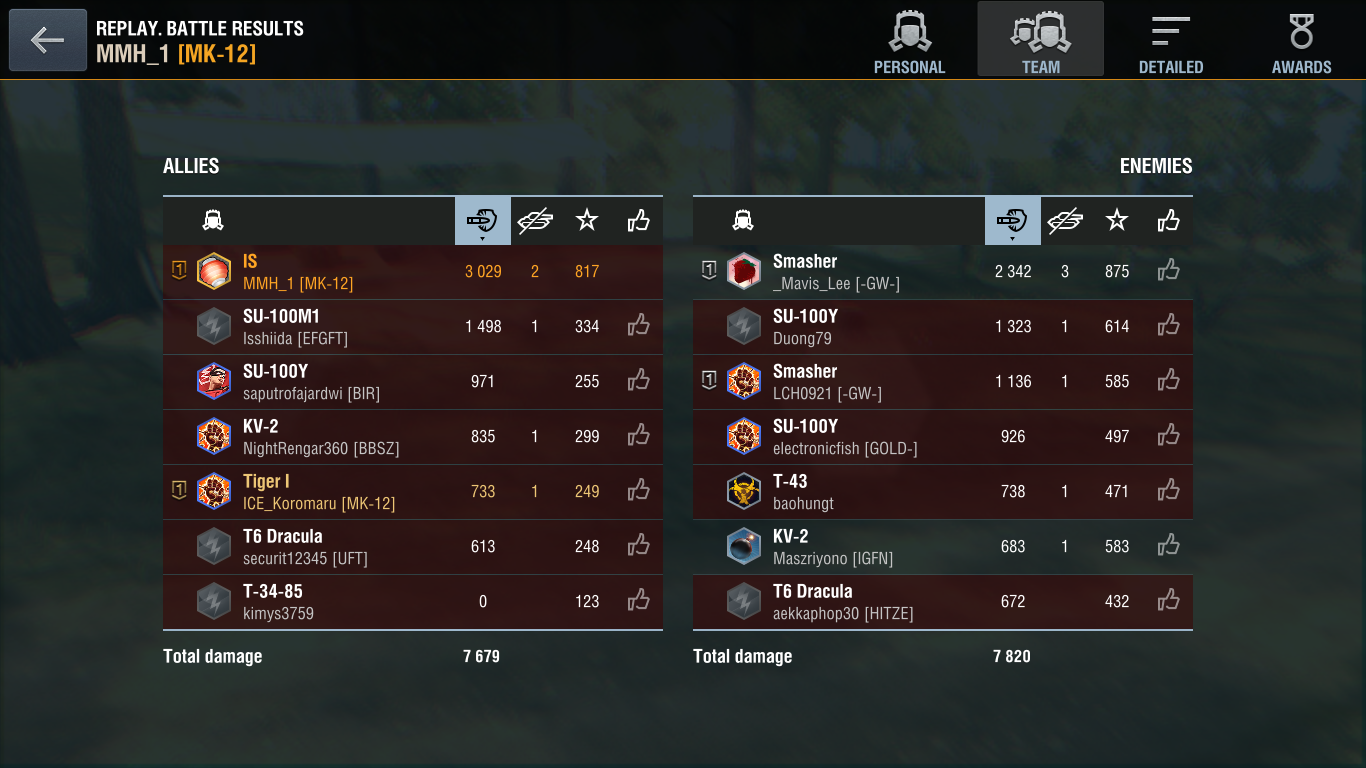 A match with horrible teammates and near victory.

Through out the two years time of playing Blitz,the game's developer,Wargaming,is getting even money-hungrier through out the time.They are releasing premium tanks that are similar to those that can be research through the tech tree.Some are good but most of it is crap.It feels like playing games made by EA.Along with the money-hungry factor,they also failed to balanced the game and make the game better,notably in Update 5.5 of the game which witnesses the nerf of many lower tier tanks just to make newer players happier and rushing up the tiers (researching a related tank line without stopping/understanding the game). 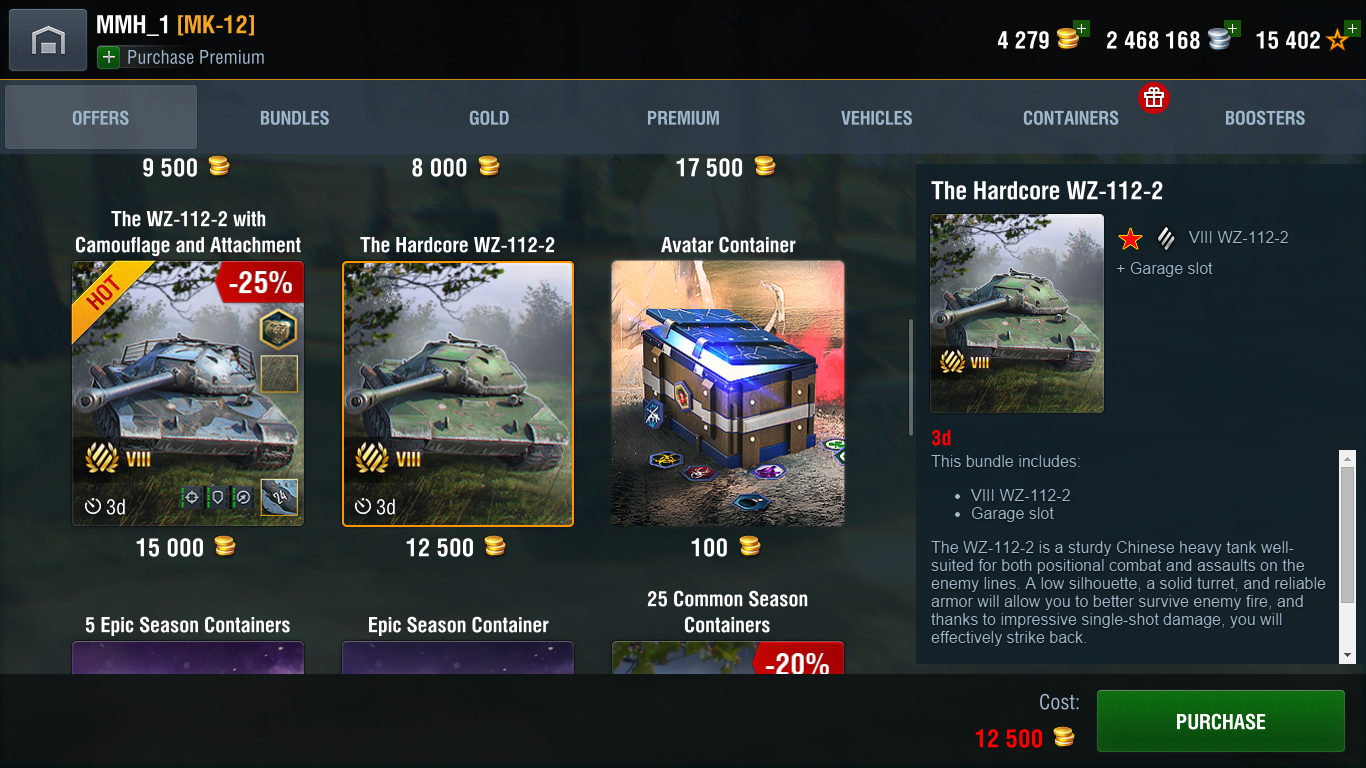 In conclusion,I think this will be a great game if the problems in the game is rectified.I hope Wargaming will try new ways to fix the problems and make the game better and a viable option to play.

Ah Blitz a game that I love and hate

world of tanks is a nice game but i don't believe that is it worth the time you spend on it. I mean that at the begining is gonna be a little bit hard to manage your account and you game skills and the game will be fun to play later when you get better tanks. But the time is not worth it

I like how the mechanic here, but upgrading time too long. Shorter time to upgrade things will be great.

wow world of tanks is a good game