Satellite Reign is a cyberpunk real-time strategy inspired by the iconic Syndicate Wars. We are the head of agents of the mysterious organization from slums. The 5 Lives studio is responsible for the game, the creators themselves encourage unconventional gameplay and experimenting, departing from the typical linear mode of the mission. 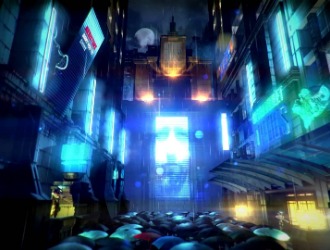 Satellite Reign is a cyberpank RTS, in which we will be commanded by four agents operating in a big city.

The game is a worthy heir and modern reamke of the Syndicate classic from 1993, and the cyberpank world with its appearance refers to movie hits such as the Matrix or the Blade Runner.

Plot of the game takes place in the distant future, in a world ruled by rich corporations. It is a reality in which the poor live in slums that are located at the bottom of large metropolises, and the rich drench in luxury in the higher parts of cities. To ensure the peace and security of the rich, private armies are invoked, and the brutal police forces are responsible for maintaining power in the hands of the same people.

Everything changes due to the creation of a mysterious organization that intends to hit the largest corporations and change the appearance of the world. Will they succeed?