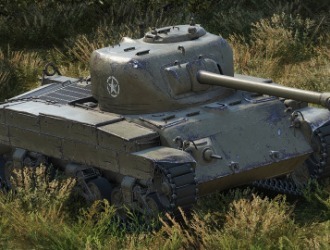 War Thunder is a multiplayer simulator operating on the free to play model. The game was released by the Russian studio Gaijin Entertainment in 2011. The game allows you to take part in fights in the air, on land and sea using vehicles from the period of the Second World War and the Korean War. The main feature is the possibility of conducting combined battles where all vehicles meet on one map.

The T20 is a medium American tank developed during the Second World War, being the first of a series of vehicles to replace the Sherman tanks. It was equipped with a 76mm caliber gun and in 1943 it went into series production.