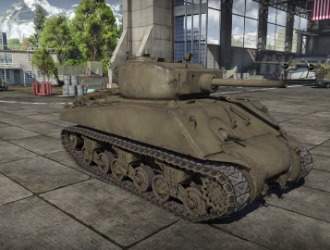 The Russian studio Gaijin Entertainment released a multiplayer simulator called War Thunder in 2011. War Thunder is a game released in the f2p model. It allows you to take part in historic clashes known from the period of the Second World War and the Korean War.

The M4A3E2 Sherman Jumbo Cobra King is the direct successor of the M4 Sherman tank. A noticeable change is the improved armor, which has been increased twice. It has been equipped with a 76mm M1A2 gun and a 400hp engine allowing it to accelerate up to 35 km / h.

The prize is available only on Gamehag.