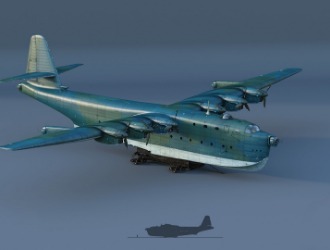 War Thunder is a multiplayer simulator operating on the free to play model. The game was released by the Russian studio Gaijin Entertainment in 2011. It allows you to have battles on historical battlefields using flying, land or sea vehicles.

The BV 238 is a German prototype flying boat from the period of the Second World War. Designed as a patrol and transport aircraft, it was equipped with strong defensive weapons and the ability to carry bombs.

Exchange your Soul Gems for the BV 238 now!