Football is a favorite sport in many countries around the world, and in some places is even considered a national sport. During national team matches, thousands of fans go out into the streets watching the games on screens and cheering their representatives! Love for football pushed the American studio Electronic Arts to create and release the game FIFA International Soccer in 1994. The game offered users the opportunity to play the real players of one of the 48 available teams. The game initially fought opponents trying to score goals. In later years, the series developed more and more, introducing new technological solutions and interesting modes. Most importantly, the FIFA series from the very beginning focused on realism, trying to reproduce not only real stadiums, but also real players, teams or sports colors, along with all their characteristic features. Every year, a new part of FIFA was created, which took into account all changes in club colors, transfers or changes in the appearance of athletes.

At the end of 2019, Electronic Arts under the flag of EA Sports (a brand created for the purpose of publishing sports titles) released the latest installment of the FIFA 20 series. This part of the game has not only been supplemented with all the changes that took place in the composition of the football teams during the year. Mechanics, artificial intelligence during the games have been improved here, an interesting mode has been added, in which we can play not only in eleven-person teams at stadiums, but also in teams of 3 on 3, 4 on 4 and 5 on 5 in unusual places such as roofs, small playgrounds, yards or subways. This mode was named VOLTA Football. 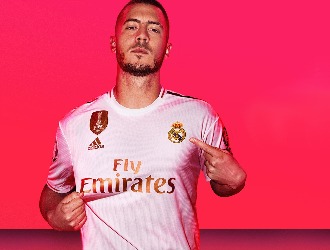 In 1994, the FIFA game series saw the light of day. The first title was FIFA International Soccer, in which we played one of 48 available football teams, fighting opponents and scoring goals. From this moment on, a new version of the game was created and released each year. The FIFA series is characterized by great realism, especially when it comes to reproducing the images of real footballers, team colors, sportswear and locations modeled on real stadiums. The new part of the series released every year is updated and updated in terms of changes in teams, a new image of athletes or a new outfit design.

EA Sports, which is a branch, a brand created as part of the Electronic Arts company located in California, is responsible for creating the game series from the very beginning. EA Sports was created for the needs of publishing sports games created by the studio.

For many years, FIFA has been published on all platforms available at a given time. The latest edition - FIFA 20 - was released on September 27, 2019 simultaneously on PC, PlayStation 4, Xbox ONE and Switch. In this part, several game mechanics have been improved. We can meet here with improved artificial intelligence responsible for the players' behavior. In addition, the game has been varied by the VOLTA Football mode that allows you to conduct games not only at stadiums, but also for example on the roofs of buildings, in underground passages, streets or backyard fields.

If you are a huge football fan or you can find all previously released FIFA parts on your shelf, you can get this part completely for free by exchanging your Soul Gems for FIFA 20!