S.T.A.L.K.E.R.: Call of Pripyat is a very atmospheric action game, the story of which was set in a post-apocalyptic world, contaminated after the explosion of the shell which protected the broken reactor in Chernobyl.

The player takes on the role of an agent of the Ukrainian Security Agency, whose task is to discover why the planned military Fairway campaign failed.

Locations which the player explores are modeled on real places, for example school, factory or Underground, which turns the game climate up pretty well. 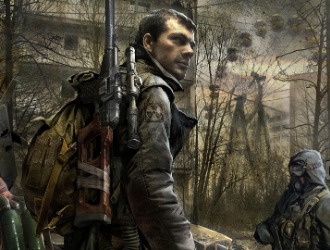 Gamehag is a portal which was created for the gaming community. We create it with passion and think about you. We strive to appreciate our users, which is why we have created an opportunity to exchange Soul Gems for unique prizes.

S.T.A.L.K.E.R.: Call of Pripyat is an amazingly atmospheric action game, the plot of which was set in the post-apocalyptic reality of Zona, contaminated after the explosion of the shell, protecting the broken reactor in Chernobyl.

﻿ Do not wait! Exchange your Soul Gems for S.T.A.L.K.E.R: Call of Pripyat now!