On April 26, 2019, which is just a few days ago, the latest part after Mortal Kombat X from 2015, has been released. NetherRealm Studio has released the game simultaneously on PC, Xbox, PlayStation and Nintendo.

The Mortal Kombat 11 mechanics do not differ much from those known from the previous parts of the game. We are simply fighting extremely bloody battles against our enemies. For this reason, Mortal Kombat 11 is a game designed for two players who are playing both online through multiplayer mode or on a split-screen.

Already a few days after premiere Mortal Kombat 11 has been rated 8/10 among players and critics, which certainly encourages to play. 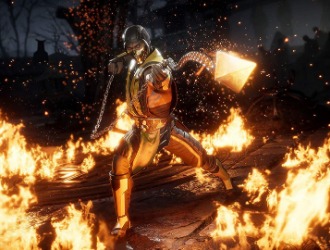 Gamehag was created to provide all of our users with the opportunity to win exclusive prizes in a simple way. By joining our community, you can earn Soul Gems which are magical points you can exchange for rewards. Collecting SG is not difficult - just play your favorite games through our platform or perform tasks. Today you can exchange your Soul Gems for a truly unique prize. The latest game from the popular fighting game series - Mortal Kombat 11.

Mortal Kombat has now eleven parts, the latest of which was released only a few days ago - on April 26, 2019, also two full fledged movies, one tv series, one animated series and hundreds of comics. However, it is impossible to count the unofficial, fanmade interpretations on the subject of MK over the years.

In Mortal Kombat 11 old heroes like Scorpion, Sub Zero, Raiden or Jade appear once again. However, there are also new characters not presented in any previous MK game. Mortal Kombat 11 also uses new solutions, such as the ability to improve characters, modify the appearance or use new weapons and armor. A new engine was also introduced, thanks to which animations of characters, attacks or fatalities are slightly different.

Mortal Kombat 11 brings new challenges to players. As a direct successor of Mortal Kombat X released in 2015, the eleventh part takes us deeper into the history of the universe and the relationships between characters from the series. However, the game does not use new or changed mechanics. The gameplay is still going on around the heroes' fights in PvP mode. In MK11, we can play both on one platform through the split-screen system and through the network in multiplayer mode.