Get Churchill Tank absolutely for free! 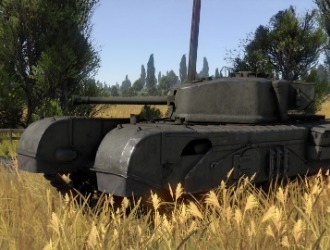 War Thunder is a multiplayer war battle simulator released in 2011 by the Russian studio Gaijin Entertainment. It allows you to roam historic battlefields in air, water or land using historical vehicles. The game allows you to play in a combined combat mode where all types of troops meet on one battlefield.

The tank is the prize - the vehicle is only available on Gamehag.

Exchange your Soul Gems for the Churchill Tank now!