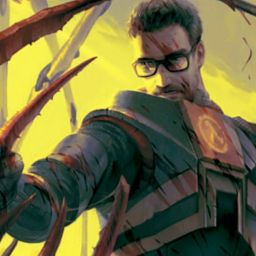 Counter-Strike: Global Offensive (CS:GO) is a multiplayer first-person shooter developed by Valve and Hidden Path Entertainment. It is the fourth game in the Counter-Strike series. Developed for over two years, Global Offensive was released for Windows, macOS, Xbox 360, and PlayStation 3 in August 2012, and for Linux in 2014. Valve still regularly updates the game, both with smaller balancing patches and larger content additions.

Commented subject Is it good to play?.

Did you know that you can earn Soul Gems for evaluating articles of the other users?
And that for writing an article you can get even 250Soulstone?

hello how play this game i no

Numberzilla is a completely free puzzle game available on mobile phones with Android in which you will improve your logical thinking skills thanks to interesting mathematical puzzles. Join Numberzilla and her friends and discover the levels of the game together, get more and more difficult achievements and collect badges that yo...

Lineage 2 Essence is a free, incredibly complex and interesting MMORPG. Create a character and enter the game world, thus starting your story. Every fan of MMO games must have heard about Lineage at least once - an extensive system of classes, different races, development paths and an amazing story are only a part of what awaits...

Is it good to play?