Rate this article "The Dark Pictures Anthology: House of Ashes"

The Dark Pictures Anthology came at the best time, because Supermassive Games didn’t really find its place after Until Dawn. The scary roller coaster game, the Rush of Blood on VR wasn’t bad, but it was more of an interesting try, as was Hidden Agenda, where we could decide on the plot with a mobile app. The Inpatient, also released on VR, tried to profit from the success of Until Dawn in the same way as the already mentioned Rush of Blood. After that, the developers got together and thought about how to proceed. It was clear that the horror needed to be kept, as they already had experience in this genre. They didn’t want to let go of the cooperative experience either, but at the same time they wanted a story that somehow connected through several parts. This is how The Dark Pictures anthology was born. The central character, The Curator, tells us what’s going on and gives us some useful advice throughout the walkthrough, but each game has different story with new characters.

Man of Medan brought back the popular ghost ship theme, which I'm a big fan of. The story, based on the legend of the ship SS Ourang Medan, wasn't bad at all, and the gameplay, which operated with well-placed scares, was a great experience for all those who wanted to shiver a little alone or with friends. This was followed by Little Hope, which I was really looking forward to. The main story in a deserted, misty little town (with a little Silent Hill vibe), and the background story back in the times of witch-hunt promised to be a great horror experience. The thrilling feeling was there right from the star. Little Hope was also a fair horror game, and after the end credits, as always, we had a look at the next chapter: House of Ashes. However, I must mention one thing here: for me the trailer was disappointing a little. This story, set in a desert underground cave where the Evil rises, "spiced" with soldiers, isn’t really my favorite, and it seemed like a too drastic shift from previous parts. Because of this, I started the game with a little skepticism.

Something New, Something Old....

Location: Iraq, 2003. U.S. intelligence is informed by a satellite image that somewhere in the country, in the middle of nowhere, is a huge tunnel system beneath the sand. It is speculated that this could be Sadam Hussein's secret chemical weapons depot. A small elite group travels to the area and tries to find the entrance to the underground facility. Of course the local forces don't wanna stay out of the party, which results into a confrontation. During the heavy fight, the earth starts to shake, the ground breaks down and both American and Iraqi soldiers fall into the deep. Although everyone survives, real hell awaits them only after that. Our heroes discover that the tunnel system hidden under the sand is actually an ancient Akkadian temple. They have to find a way out while avoiding enemy military units, but they realize soon enough that they are not the real threat to each other. There's something in the ruins, something ancient, something that thirsts for blood. The two enemy groups must come together if they ever want to see the sunlight again.

The gameplay is essentially the same as what we experienced in the previous games. We have a flashlight that we can use to illuminate and search for various readable documents or special items (or secrets), some of which show a possible future, so we can prepare for the horrors waiting for us. These, of course, only show a little detail, sometimes it's hard to understand, but definitely could be helpful. We still get our well deserved, and well-placed jumpscares which will raise our heart rate. The House of Ashes - since we play as soldiers - has much more action, and when the actions sequence comes in, it comes with maximum speed. We really need good reflex for the QTE sequences again, and also have to be careful where the characters shoot with their weapon. 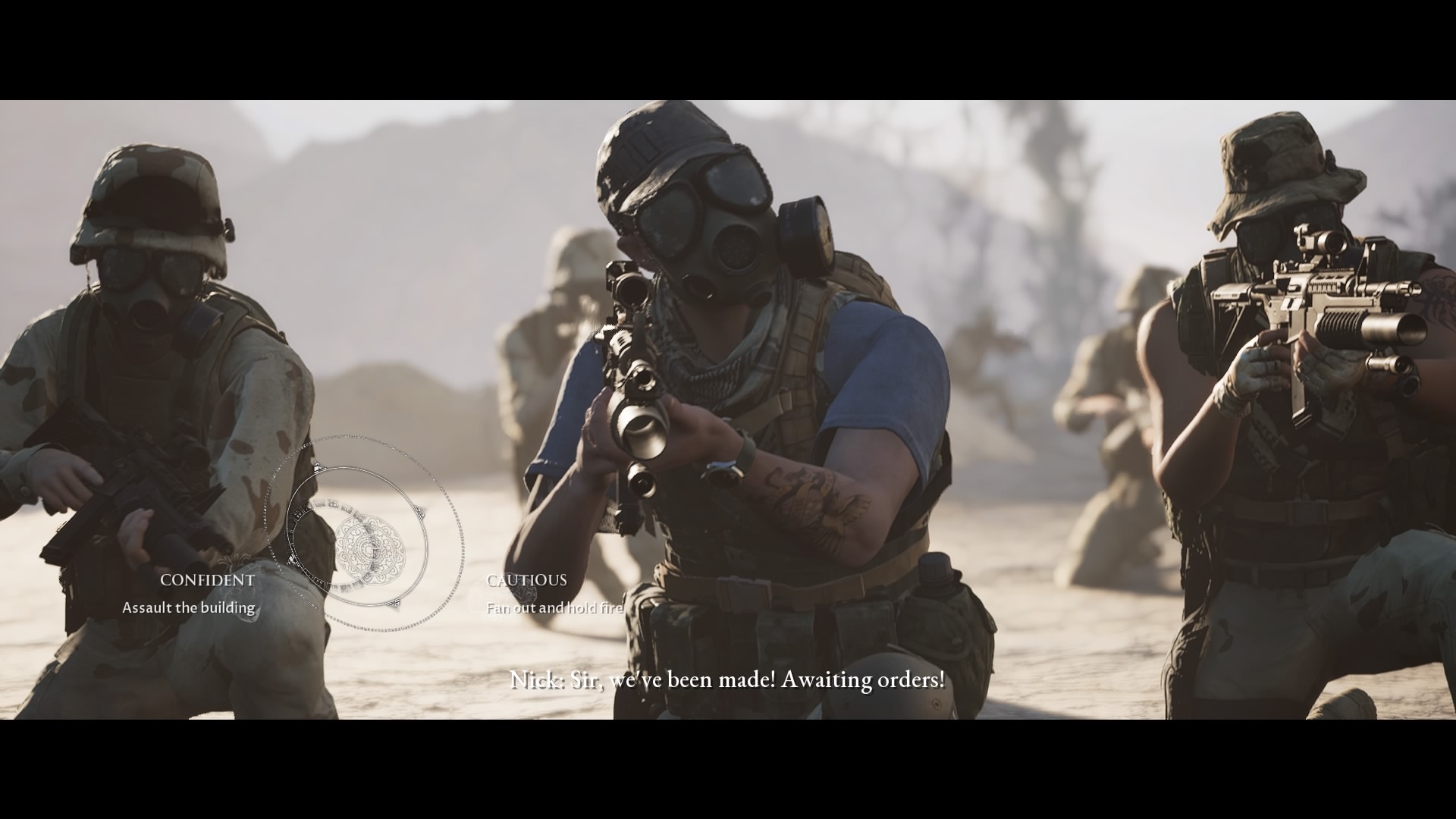 The characters… well, not bad, but none of them are "well-developed", professionally written individualities. Just like in the first two games we control five characters here, but this time I wasn't so sure who plays the main role. I mean the last two times all the five characters felt relevant and the story was build around them pretty good, but here... The chemistry between the characters didn’t work for me at all, and while both Man of Medan and Little Hope had enough time to create tension, we’re almost right into the middle of things here. The voice actors did a really good job, the sound effects were good too, and the visuals completely impressed me. In terms of visual I liked this one the best, especially the environment. The underground cave system with ancient structures inside...a little bit felt like a Mummy remake. As I said before I was really skeptical with the this setting, but I have to admit it worked (more or less). The story goes deeper when we discover traces of an expedition from the late 1940s and find out what they came across. The mystery with its ancient Mesopotamian curses and horrible creatures is interesting enough to keep you inside. Unfortunately, looking at its other aspects, the House of Ashes is far from being so outstanding.

Horrors Under The Surface

Horror has also moved more towards action-horror, which makes it feel like we’re watching the second Alien movie right after the first one. The fear factor drops a lot sometimes, though I swear I’ve prepared everything for the game to scare me: I played at night, with earphones, alone, and even so, it didn’t manage to scare me. On the top of that, the House of Ashes seems to be taking control out of our hands far more often than its predecessors. Half a minute walk, then a longer cutscene, one minute walk then cutscene again. I'm maybe wrong, but so far we have had a little more freedom. Cooperative mode is once again present, whether we play at home, handing each other the controller, or online.

Graphically, the implementation is really good, although the underground cave system with the temple and other ancient structures in it gives a less depressing atmosphere than the interior of a house in the small town of Little Hope. While our heroes make a rather weird, unnatural face in some places, the motion capture is correct and the control is perfect regardless of platform. Again, we can collect readings and mementos that anticipate certain events (these are now present in the form of stone tablets, and the last one here also shows a few seconds from the next game). The aforementioned late ’40s expedition was the most interesting point in the game - especially because of the retro, black-and-white replays. More endings can be reached, the game has the usual system of relationships, friendships can be made, even between opposing parties, but the situation can get ugly quickly if we are not careful. Perhaps the most frustrating thing is still that if we make a decision that is deadly to someone, but we still want to keep the character alive, there is no other option than to exit the menu and come to Chapter Select. So the whole chapter restarts, but at least we can pay more attention or make other choices.

For me, the House of Ashes wasn't disappointing, actually it was pretty much what I expected. Uses the same formula for the third time, only the setting and time changed, but the basics of the gameplay are still the same. My personal, subjective opinion is that the desert location and the creatures that hunt down there didn’t work for me so much, but maybe others will like this game especially for this. Regardless of all this, I can say that if you liked the previous two parts, you shouldn’t miss this either. Can be played through in a longer afternoon, so anyone who likes horror should give it a try! 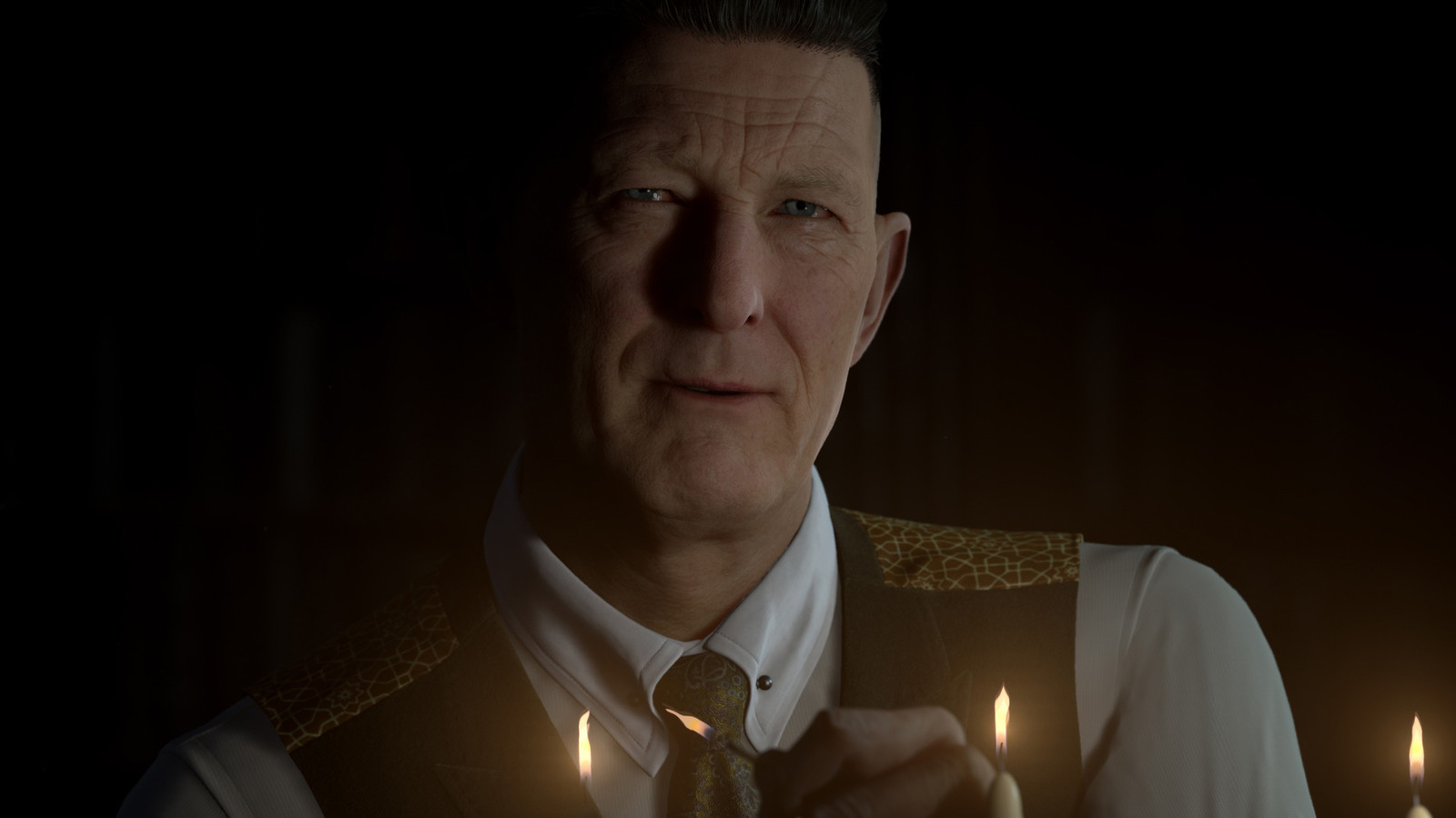 Rate this article The Dark Pictures Anthology: House of Ashes

Fantastic and very helpful article! Keep up the good work!

Nice article, keep it up, i really enjoyed the way that it is written!

Good article no signs of plagarism and has a lot of key info relating to the content of the game .

I played this shared story with a friend and it was a lot of fun, not as scary as the other anthology games, but still worth playing.

This is a beautiful and suitable and wonderful article I love this game as a partner for you Oh man....