Rate this article "Little Inferno - The World of Goo Follow-Up"

Here's the review I promised! Little Inferno is an incendiary toy from the creators of the magnificent World of Goo. The idea of the game is to throw your children's favorite toys into the fireplace in order to save the freezing world from a gloomy, icy fate... 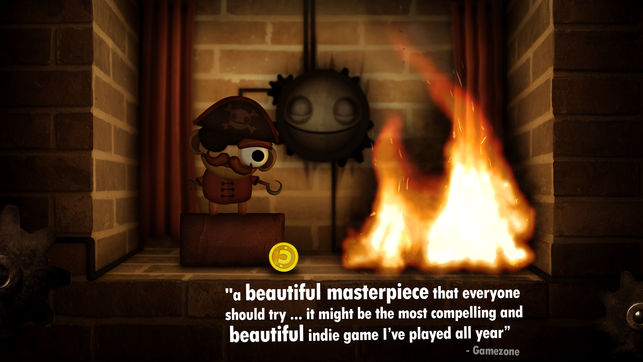 After the company's major success with World of Goo (which I also have a review of), they decided to go for an even more atmospheric, gloomy and ambitious game - Little Inferno.
While it didn't do quite as well as it's predecessor, the arsonist simulator that this game is also succeeded, selling over 1 million copies on Steam. The puzzle game is available on Wii U, Android, iPhones (4S or higher) and iPads, OS X, Windows and recently got released on Nintendo Switch, too. It originally released in 2012 in North America, and since then has came out on many platforms that I mentioned above and has also become accessible in all regions of the world, respectively. 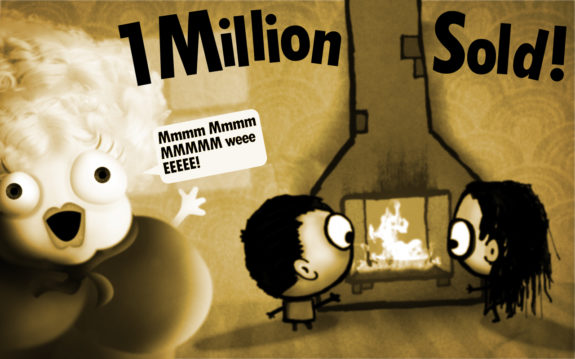 A picture made by Tomorrow Corporation to celebrate the 1 million sold copies. 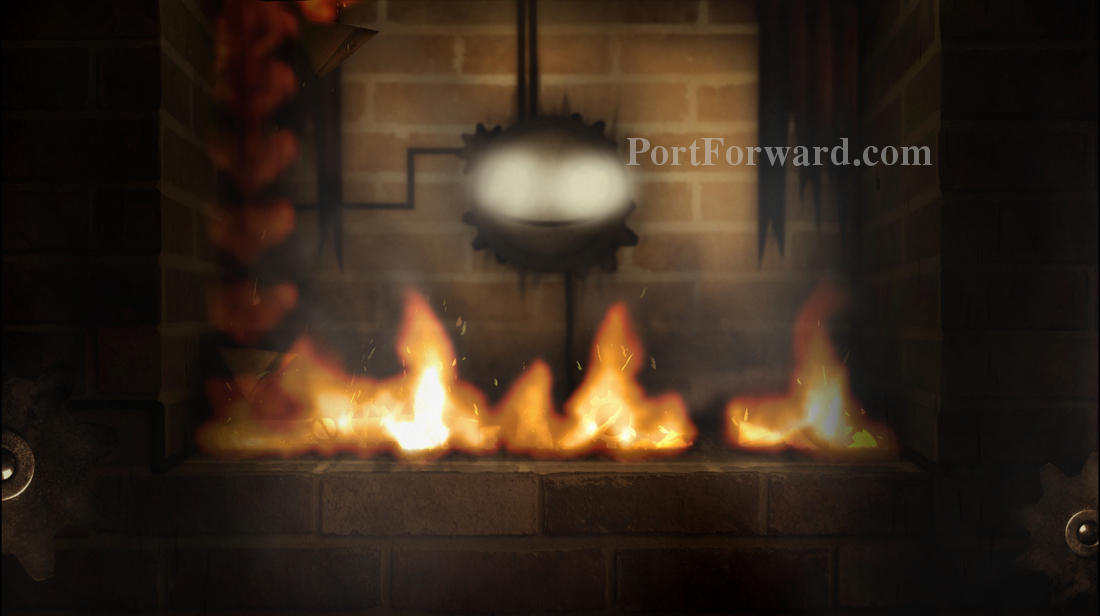 The game, as can be seen above, is set in front of a brick fireplace, which you use to set many different objects on fire. The objects include logs, screaming robots, credit cards, batteries, exploding fish, unstable nuclear devices and even small galaxies. The heat you produce is used to warm up the people dying from the wild cold, and it is up to you to keep them alive and happy. You can also burn a combination of different things and see how they interact with each other when set on fire, as a lot of items have different traits and properties when combined.
The gameplay is simplistic, hence the variety of opinions regarding the game. For many people it's too simple, for others - unrewarding and some just call it an outright waste of time and money. While I wouldn't agree with the latter, I do have to say that the gameplay is basic, even more so than World of Goo, which at least had an increasing difficulty. This game doesn't get much harder when you progress, you just have new things to set on fire. 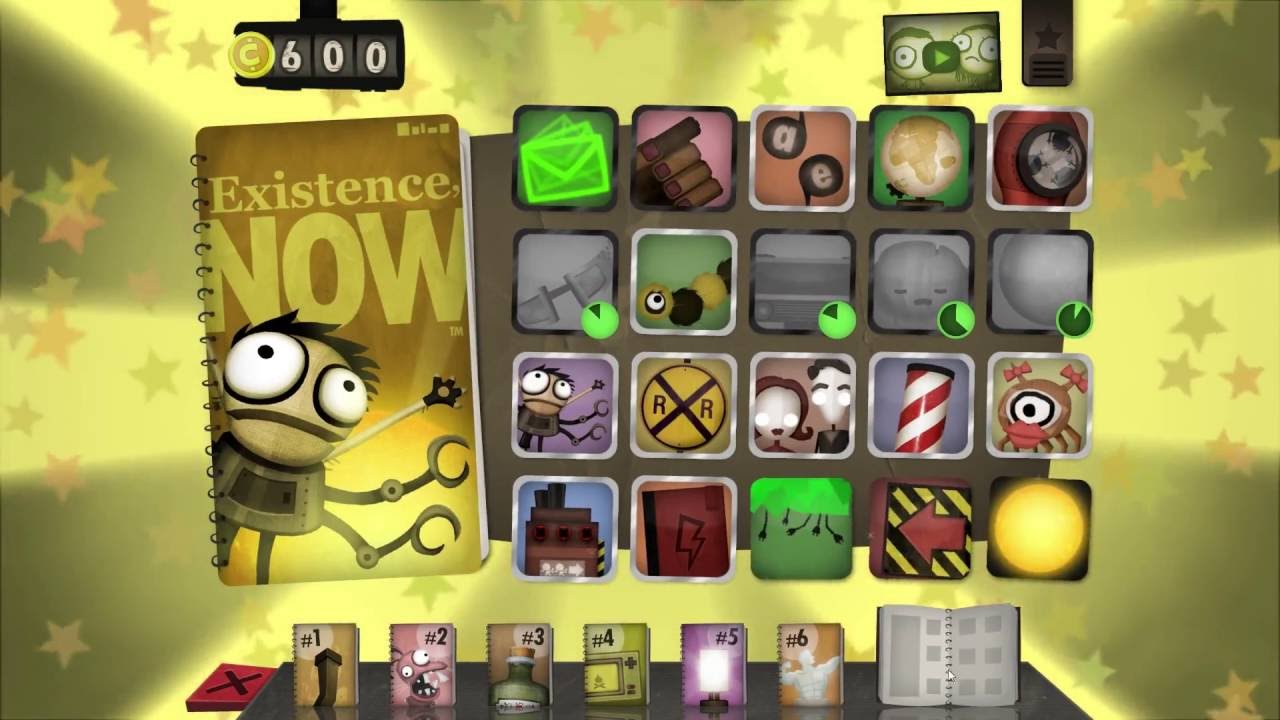 Once you run out of objects to burn, you have to order new ones from the "Catalog" using the virtual currency

The game falls into the Sandbox genre, as you can't "lose" here. The worst thing could happen is that you would have to spend more time burning things to warm up the poor people willing to sell you anything just for a couple more seconds of fire. However, maintaining the heat is not the only goal of the game - you can also try to collect all the different item combos, which is challenging, as some items from the catalog a while to arrive.
You have a list of all the combos listed to hint you at what you need to use together, but what the game doesn't tell you, is that it's not always only two items that need to be burnt together - it can also be three. 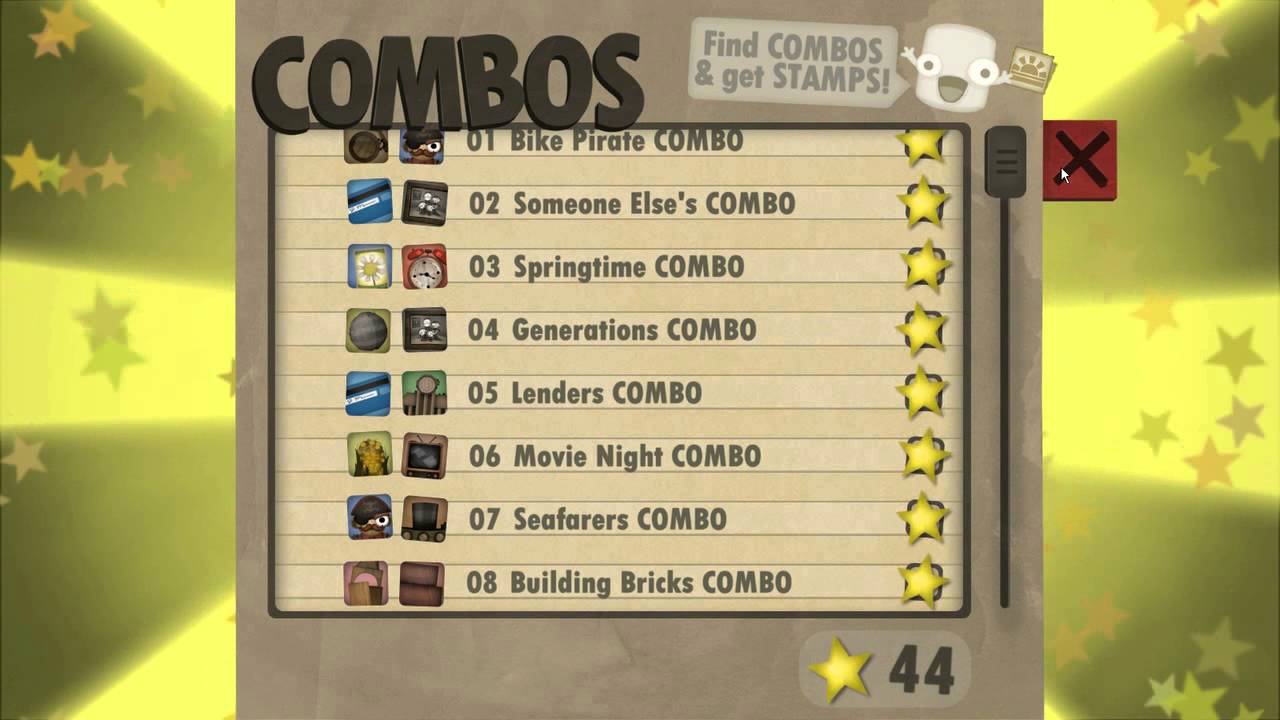 The combos, which there are a total of 100 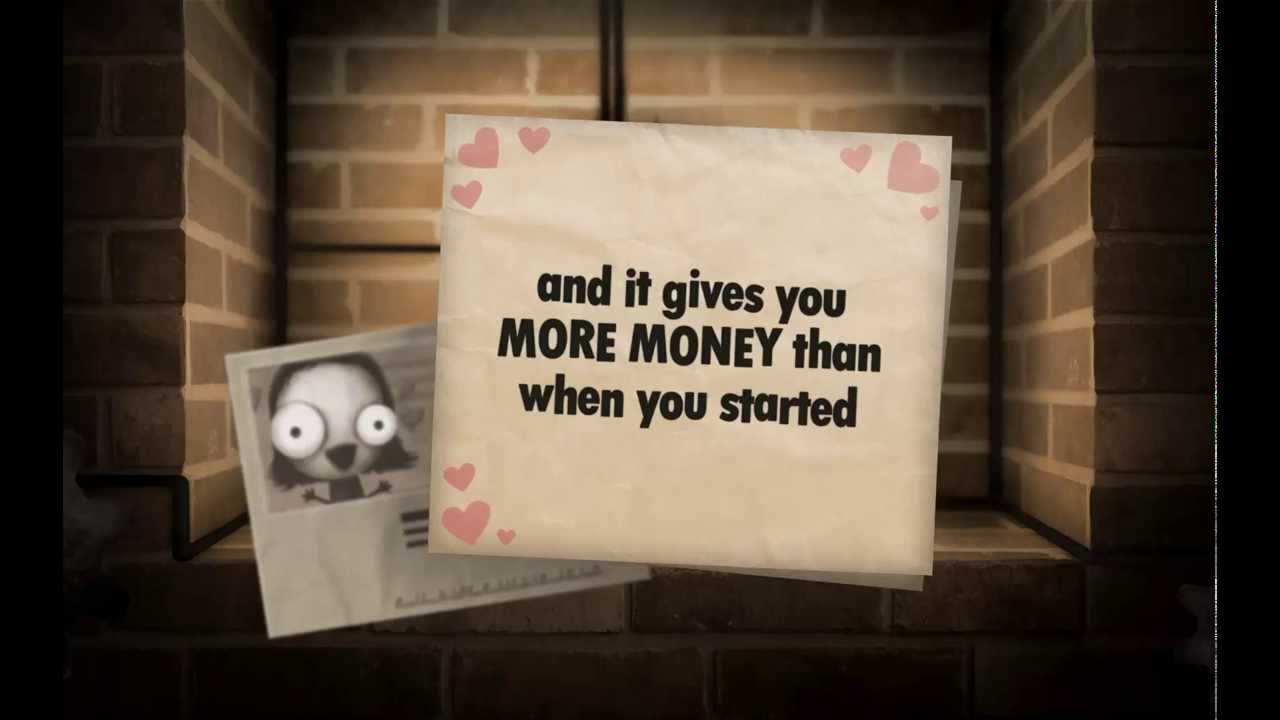 You also sometimes get letters from the people, telling you how cold it is or about the catalog. You can use them as fuel for the fireplace, too 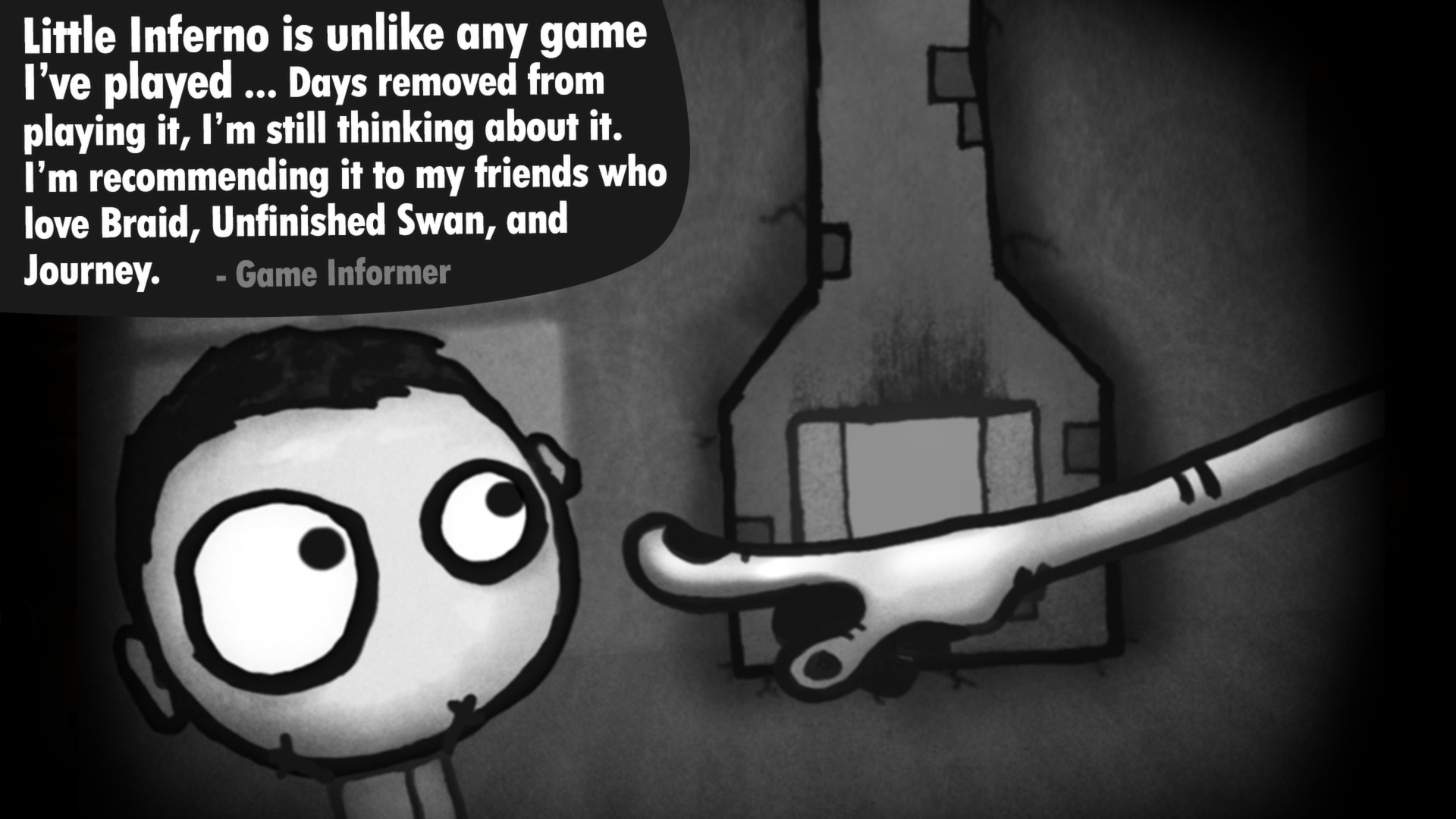 The atmosphere of the game is well made, the animations of the fire are smooth, the art style, effects and graphics - spot on.
Little Inferno sucks you in from the very beginning, making you hungry for more objects, more money, more fire. It is well thought out and has a lot of attention for detail. I would dare to say, while different than World of Goo in many aspects, this puzzle-sandbox title is as good, if not better than it's counterpart.
Very well made storytelling and the storyline, the gameplay, thought-out and well-set atmosphere and the simple mechanics make it a masterpiece.
While being simple and gloomy, the game manages to impress.
Many call the game boring, others - too basic, it depends on who you ask, but for me Little Inferno is one of the best games I've played recently. Recommend it 100%, especially for the mere 8.99€ it costs on Steam.
My rating: 9.4/10. 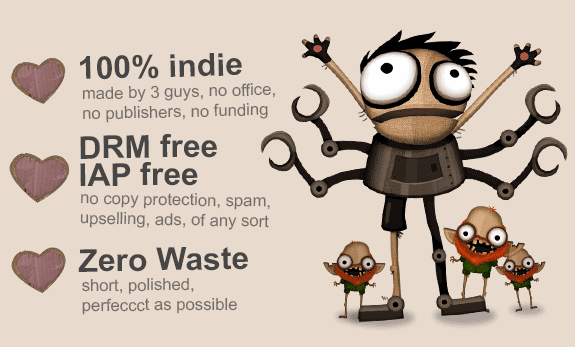 Rate this article Little Inferno - The World of Goo Follow-Up

i love this kind of games but this one is different

I recomend it too

not bad at graphic but gameplay is not so attractive, i think it is acceptable because it is for phones

Too many pictures, but otherwise cool