Remember SpongeBob SquarePants: Battle for Bikini Bottom? Those of you that grew up when the PS2 was at its peak surely must remember this game because it was awesome. The game was released initially for PlayStation 2 and Xbox. In the game, you try to defend Bikini Bottom from an invasion of Robots created by Plankton with a machine called the Duplicatotron 3000 (Such a silly name).  I got the chance to play it 5 years after its release in 2003 when I was 8 years old with my cousin. Spongebob was my jam back in the day so we completed it.

Obviously I HAD TO buy this remake and see if the nostalgia goggles were not wrong and if this game is as good as I remember it. Right now I’m about half-way through the game playing with my little brother and although easy it’s still very entertaining for those who played the original and also for younger players. I’ve seen my little brother play this game with such Glee and enthusiasm that it made me want to write a review for it. 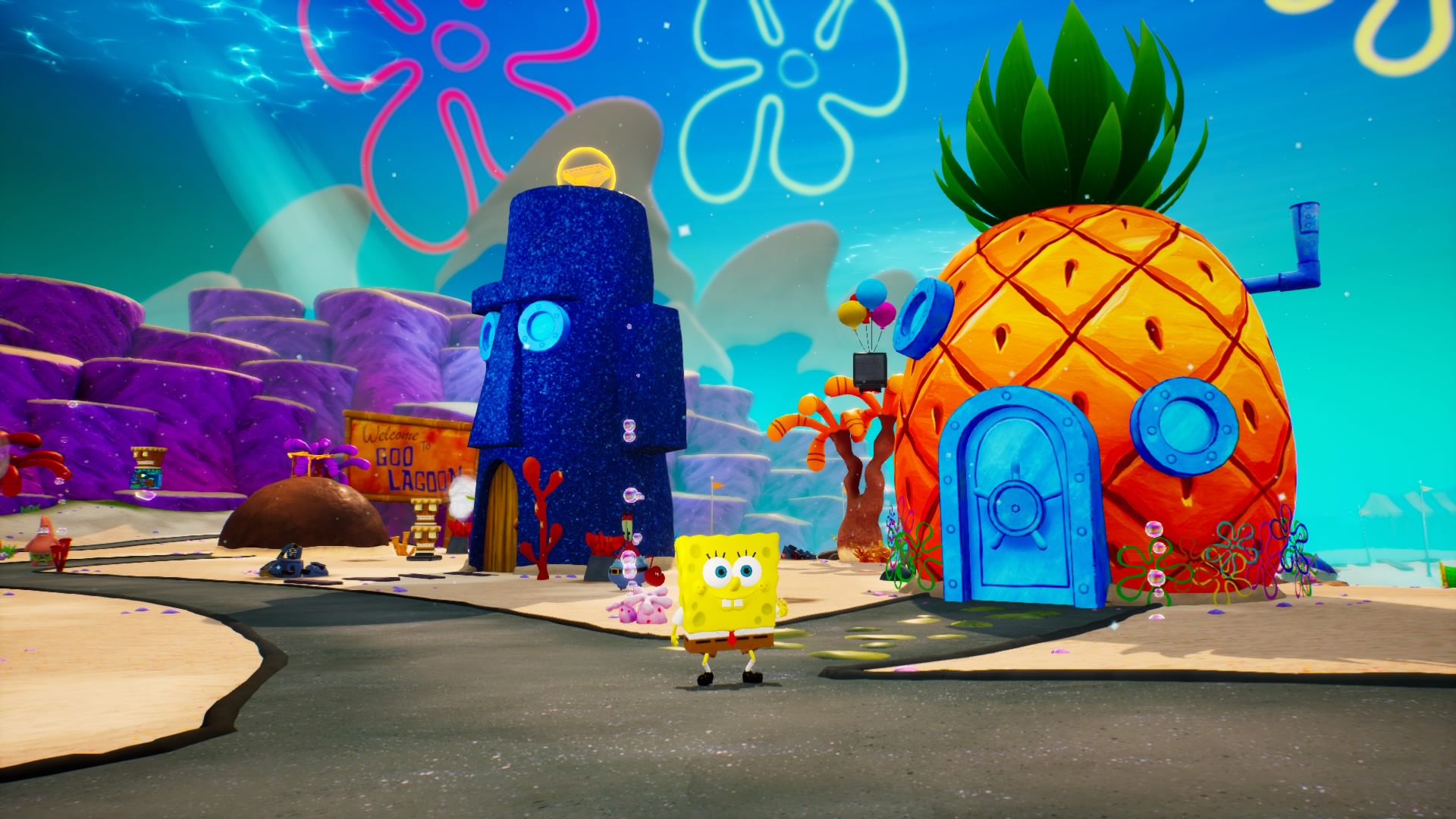 An incredible repaint of the graphics elevates this game from what it was in 2003.

A remake, not a remaster - Are you ready, kids? 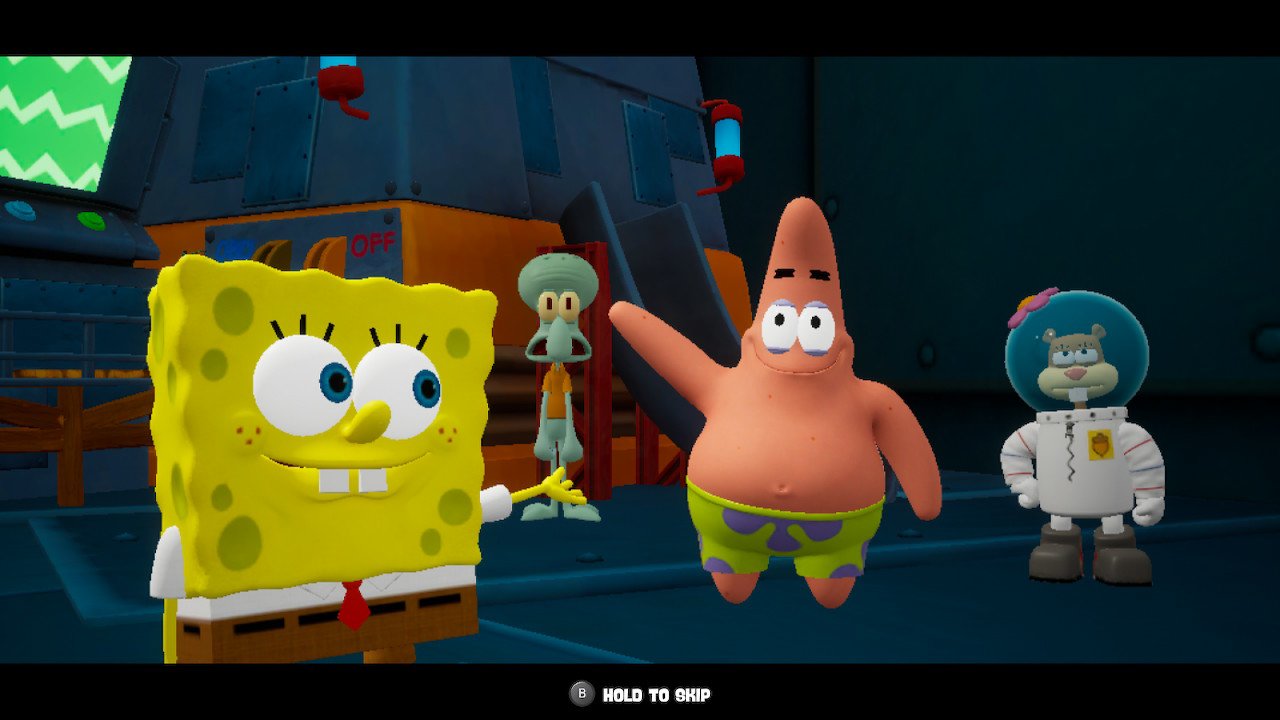 Play as Spongebob, Patrick and Sandy. Additionaly now you can play with your friends.

Seriously, this is a 90s kid's dream come true: 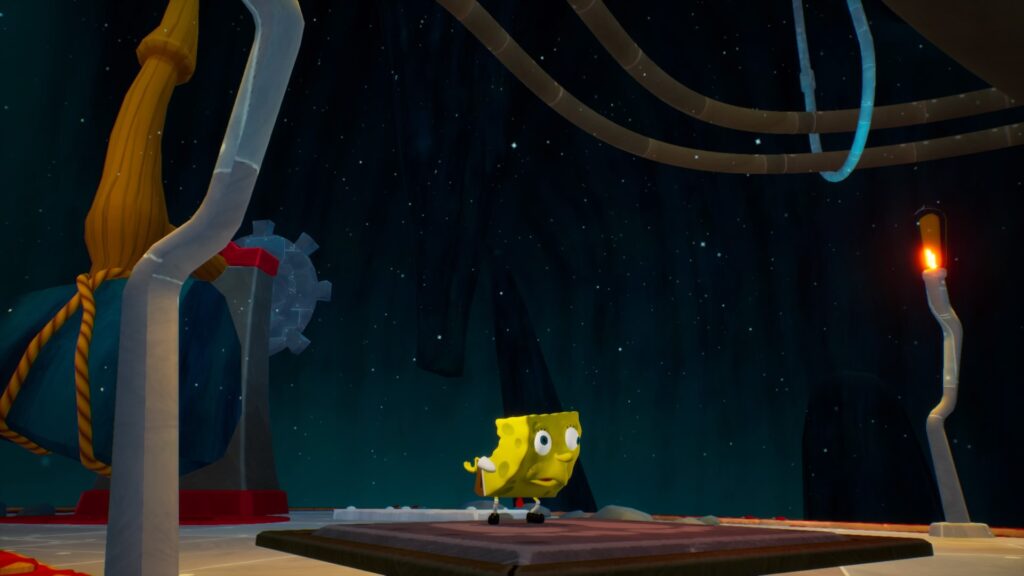 The developers even included some of the funniest Spongebob memes.

Bikini Bottom as never seen before:

The thing that struck me most about the work of Purple Lamp Studios was that they paid a lot of attention to small details so that their game didn't seem alien to either the cartoon or the original platform. So on the way to preserving the Bikini background, you'll see a more detailed background with jokes or links to classic moments in the series. It feels like the development team is full of fans of the show. They even included some of the memes! Respecting the base that gave life to the original game, while still improving where there’s room to improve, for example, some very well animated protagonists with a lot of personality and, the most striking thing: tremendously colorful scenarios full of objects and enemies that give them a lot of life. 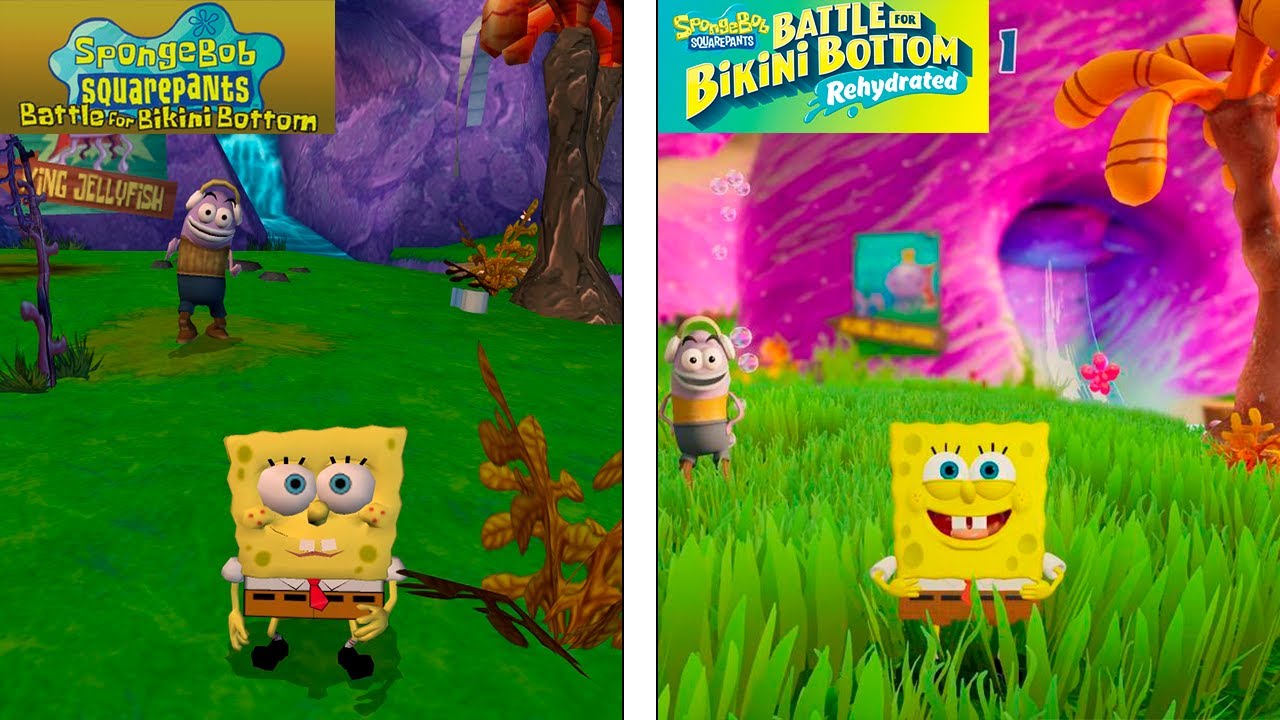 The soundtrack is good too but lacks polish. For a children's title, in which the visual and sound part is sometimes neglected, this is an expected production outcome in this aspect. The soundtrack, although it manages to capture the essence of the cartoon by using instruments such as the Ukulele, never reaches the level of the series. An average level lasts approximately 30 minutes, and during that time you'll hear the same tune over and over and over again, which can greatly affect the experience. There comes a point where you prefer to play the SpongeBob show soundtrack instead of listening to the original game music. 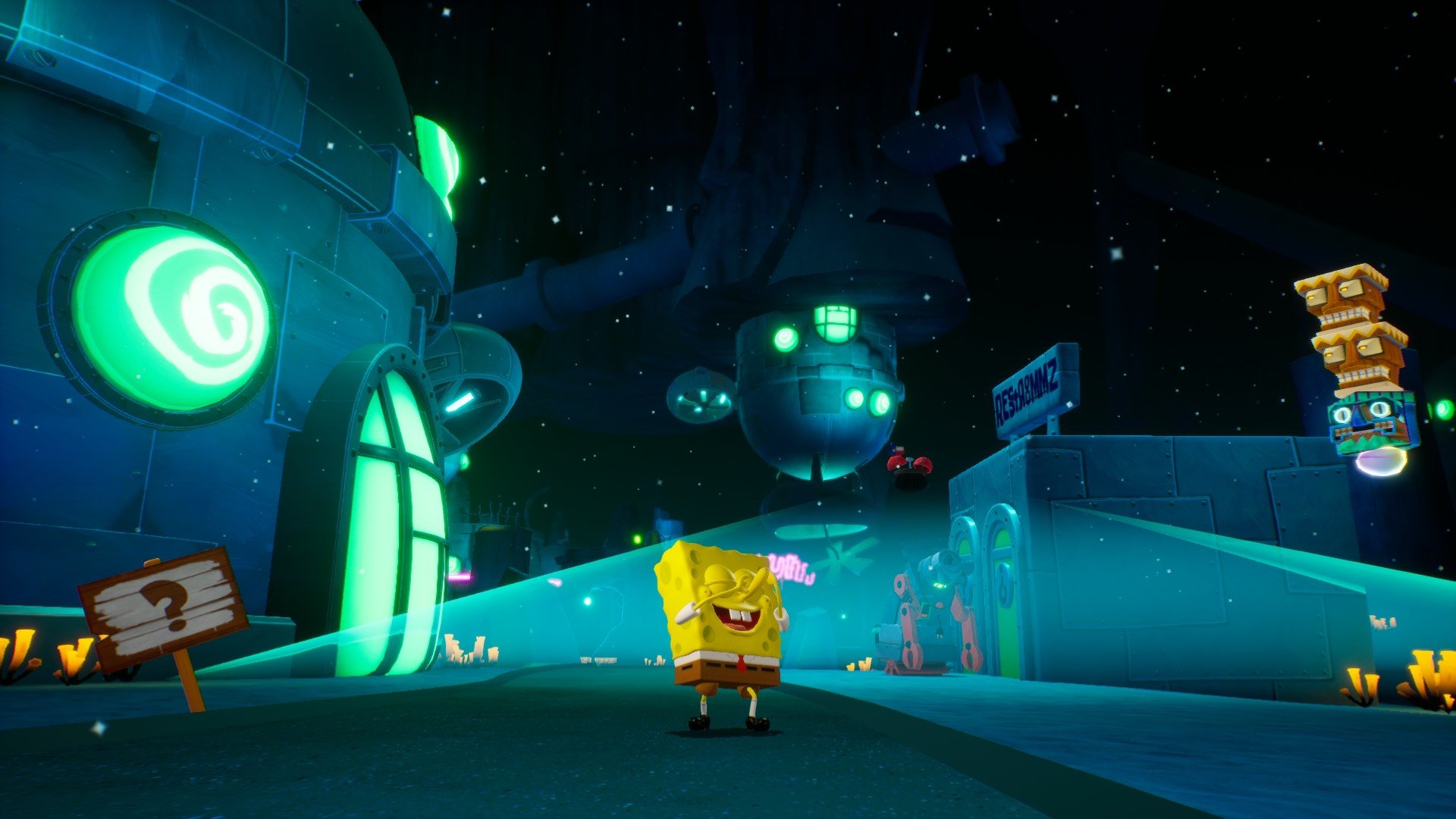 I’m a goofy goober and this is my rating of the game: Rehydrated lives up to its name. Not only does it make everything look better, but it rehydrates it enough in gameplay to bring a better experience to life. In its purest form, the game still offers the same experience you remember plus a little more: A 3D platform, but the new audiovisual look, attention to detail and inclusion of lost content make this experience an adventure worthy of 2020. If you’re not a fan of Spongebob or if you are not a fan of the original game, then I do not think that Rehydrated is for you, even if you do not lose anything trying to buy it when it’s cheaper. It got a 92 user score on metacritic, though. Which is hilarious. I rate it a 7/10. 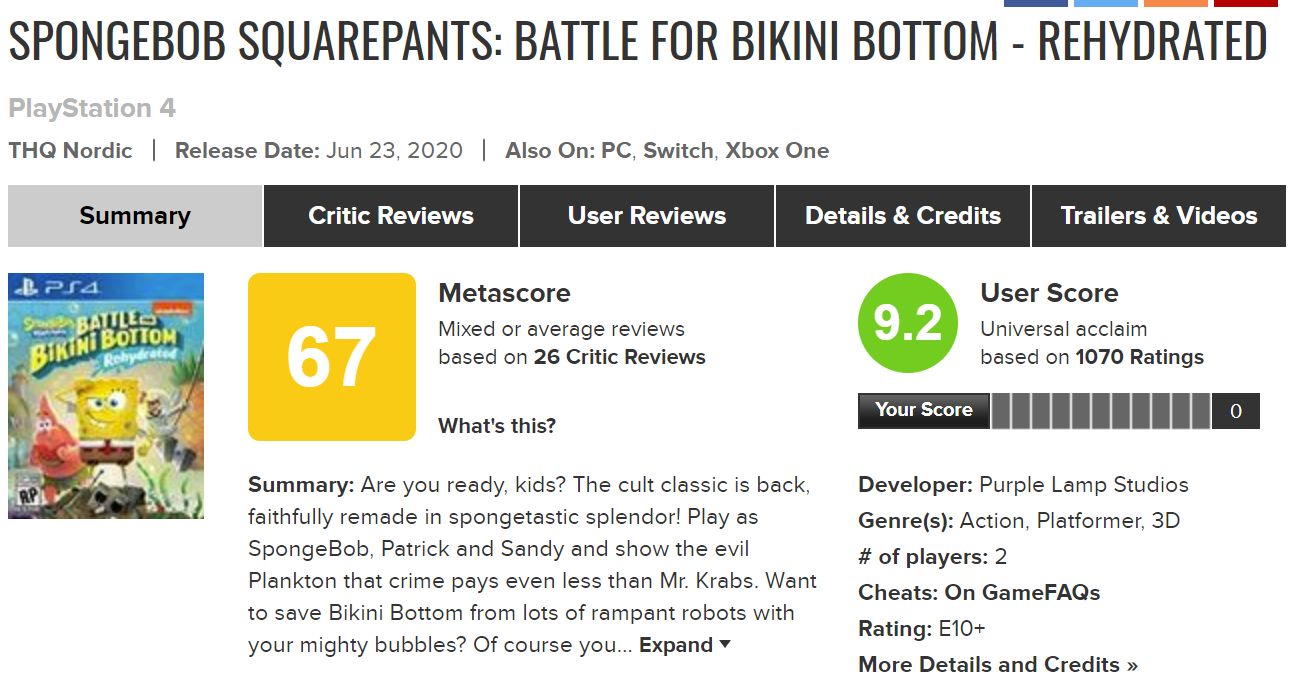 It even got a higher user score than The Last of Us 2.

I hope you enjoyed reading this article. Please leave me your rating and comments. It took me a lot of effort to write it so your ratings and comments will help me to improve.

Pabs for spongebob love in film

Remember SpongeBob SquarePants: Battle for Bikini Bottom? Those of you that grew up when the PS2 was at its peak surely

Even the game name is so funny battle for bikini bottom :) lol

Nice article, I just remember many people saying wanted to play it, probably this would help them to decide it.

The remake of this game is super cool. Awesome graphics and awesome characters. what I appreciate the most is that I can now play it with my friends. very very awesome

I saw the gameplay from THAT DUDE, Jay from Kubzscouts and yeah it's nostalgic :)

Very good article, unlike so much spam that I have to sit through here