There are times when we fail, we are humiliated, we are ridiculed …

But we shouldn't be discouraged, stop trying, and stay motionless. With will and hope, man can overcome all difficulties and pass all obstacles on his way.

Every difficulty comes with a lesson and every enemy is just hiding their weaknesses with bullying and blocking the way of others.

… And that’s the story of Seen.

Seen is a runner-platformer indie game, developed and published by Seen Games. It's still under development but it's released on June 20, 2019, as an early access game on Steam. It's currently only available for PC (and only through Steam I believe).

System requirement (from the Steam page):

The game is introduced by Seen Games as follow:

"A lonely kid desperately tries to escape his dark world."

Our desperate kid (which does not have a name yet) is a desperate little boy, lives in a dark world and suffers from failures and bullies. But he doesn't lose hope and while he's sad and shed tears for what he’s experiencing, he continues his way toward the gate of light (which is a name I chose it myself).

The game is almost like any other platformer. Your goal is staying alive and proceeding toward a gate of light. 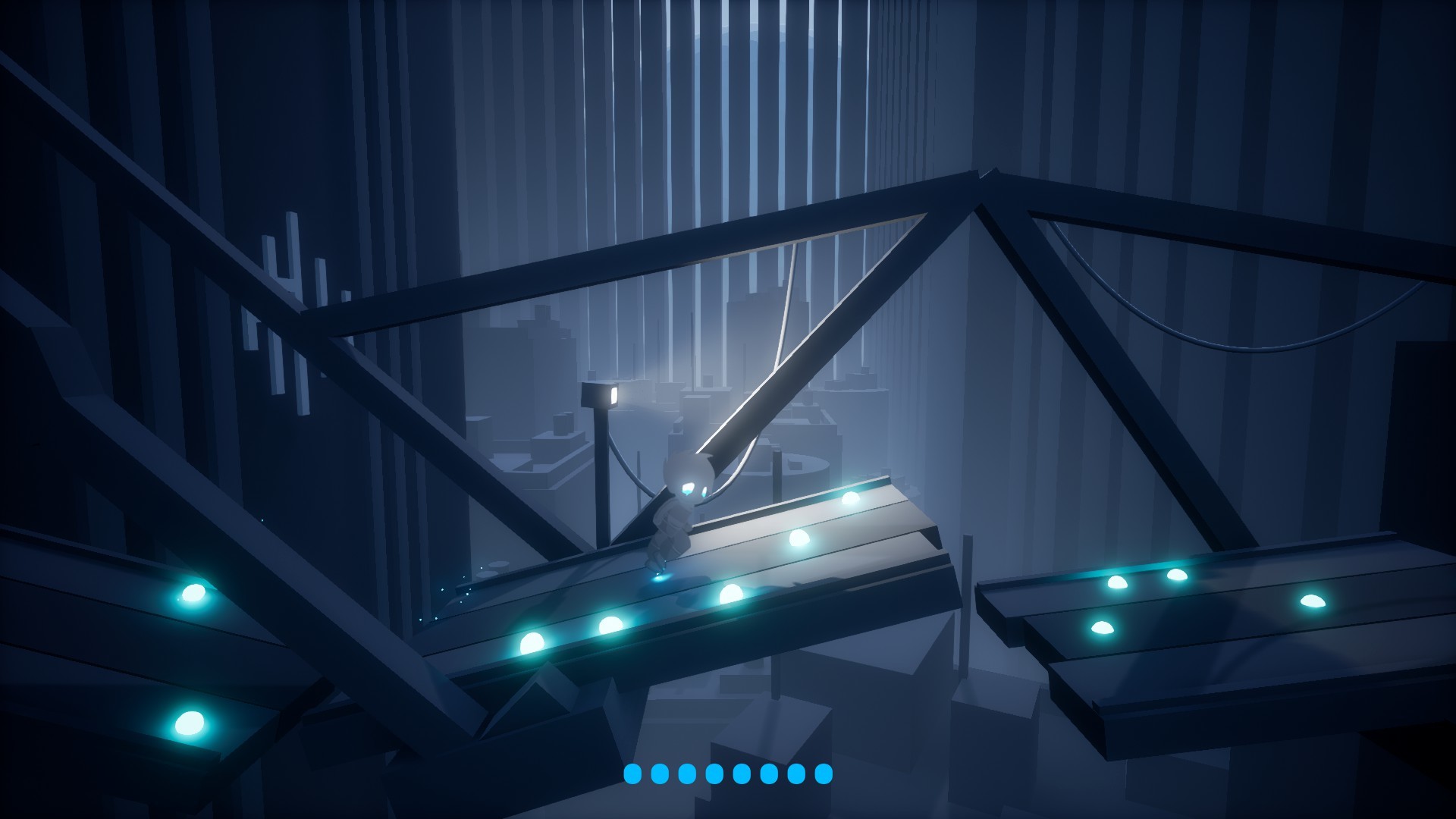 You’ll gain more hope/endurance (again, my naming) by collecting blue orbs, but you’ll lose what you gained gradually if you continue hearing disappointing words from enemies, failing to pass obstacles on the way, or collecting red orbs (that are not always avoidable). Also, you should avoid dying by not falling.

The gameplay is not quietly the same throughout the game. Sometimes the main character runs and you should protect him from dying while you try to maximize your gain of hope/endurance. Some other times, the control is yours and you must try to find a way to solve puzzles to be able to proceed. 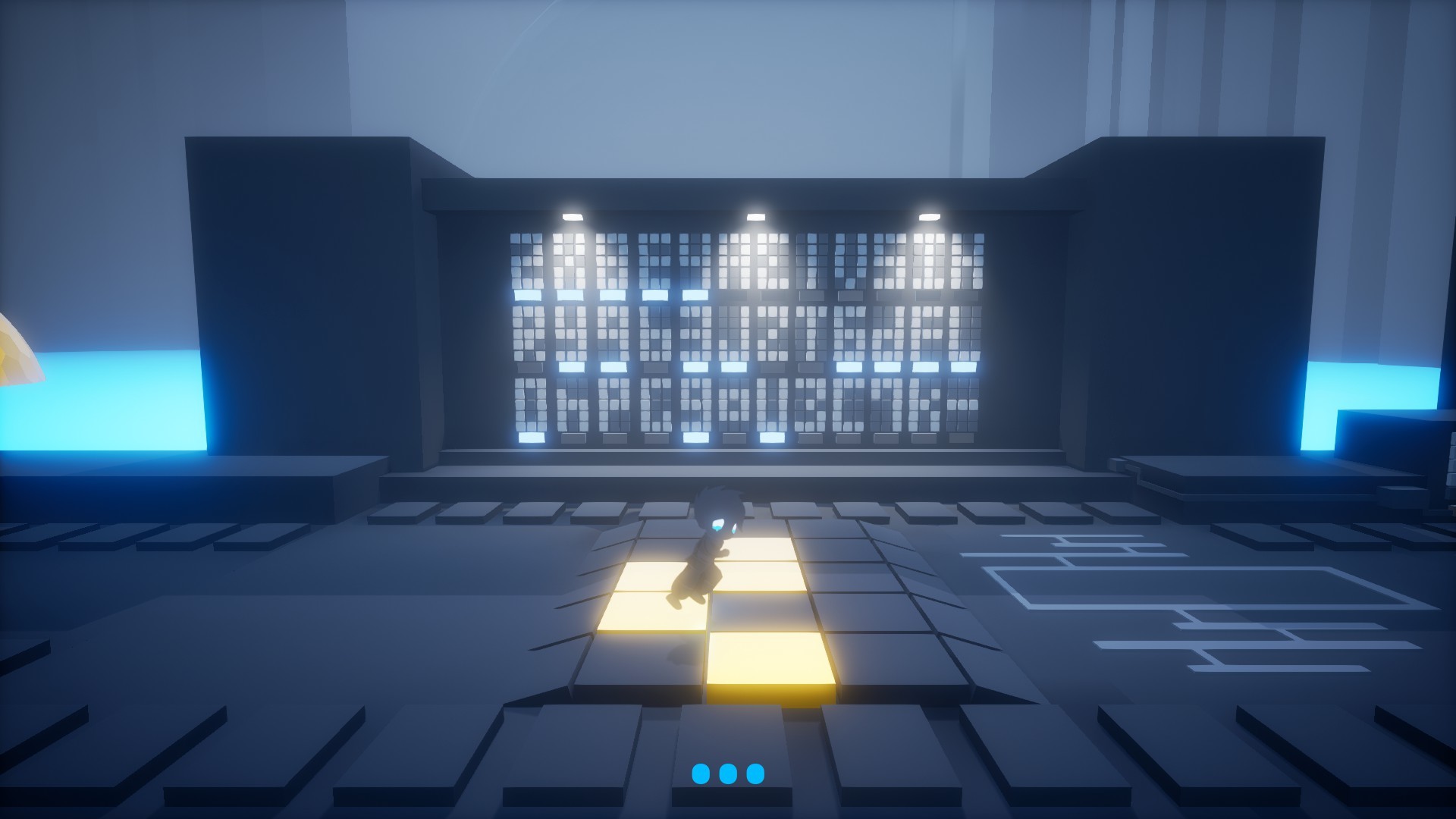 Though the gameplay is sometimes hard and a little exhausting for me, one cool feature of the game that makes me continue trying is hope-giving quotes that are intelligently selected and placed throughout the game.

The graphic is cool and completely compatible with such a game. The environment is also cool looking and well-designed. Sometimes I like to stand and enjoy the environment. 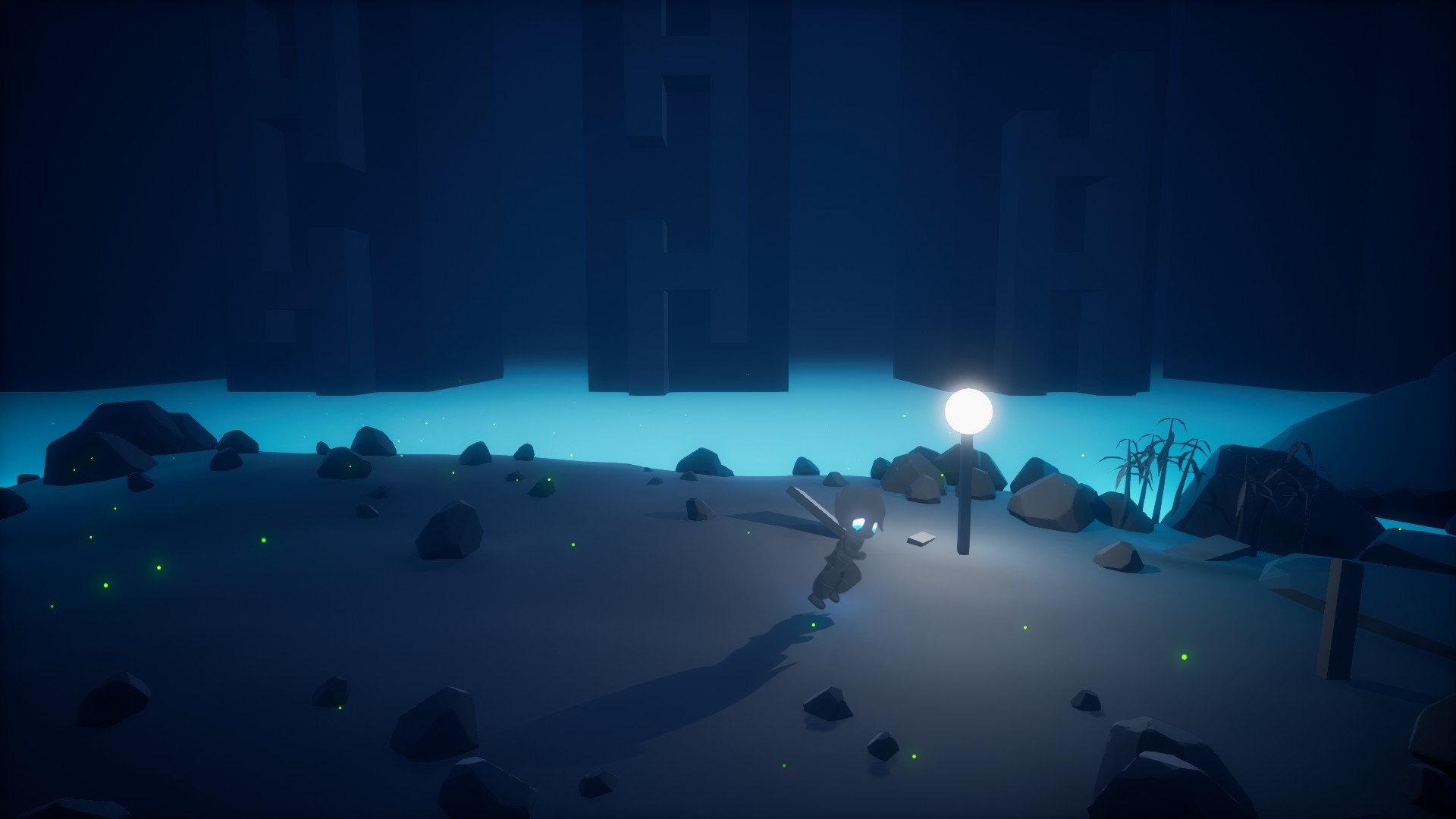 The music is also appropriate for the events but it’s more hope-giving and motivating. The only downside of it is not having an appealing transition when you start from a checkpoint or you fall to die, it quickly fades.

Though there are some downsides, it’s not a disadvantage for the game given that it’s still under development and it still can improve. The game is cool and pleasant and I enjoy playing it from time to time.

Reminds me of LIMBO and INSIDE but I checked the store page of the game and it says that there's barely enough content for early access. Also price is extremely low. While it looks good there's still lots of work left to do. In my opinion they released this game way too early. Instead they should have added more content and bumping that price a little bit.

hi this is cool