DiRT 3 is a continuation of one of the most popular and most playable racing games. The DiRT series, in which DiRT 3 is the third full part, is a racing game signed by the popular, tragically died rally racer. We’re talking about the hit of 1998 on computers and the first PlayStation - Colin McRae Rally. An interesting fact is that the cycle has a dozens of parts and add-ons, going on almost all platforms over the years. In the 2000s, the Colin McRae series resigned from the previous naming for the DiRT series. The DiRT 3 game is an interesting racing game in which you drive across the most varied car routes around the world. Although the DiRT series went through various stages, offering the player various types of races, the classic WRC became the subject of DiRT 3. The game focused on the classics of its own genre, offering the player a full-fledged, typically racing mechanics. DiRT 3 was created in 2011 and since then it has been dominating on the sales indicators of racing games. The Codemasters Software company stands behind this success from the very beginning. DiRT 3 has been created under a license from WRC, thanks to which many motives encountered in real races scrolls through the game. We can encounter real locations, places or people connected with WRC races. In addition, the creators of DiRT 3 made sure to include as much realism as possible in the game. We can drive dozens of various vehicles from different eras and choose from over 100 real routes during the race. At DiRT 3, we will travel the roads of Kenya and Monte Carlo, go across the snowy roads of Norway, or drive through the gravel roads of Finland or USA. DiRT 3 was created to offer its players pure entertainment. The game does not put on the story. However, the fans of challenging quests will also find something for themselves in the game. DiRT 3 was created not only for a single player, but also for multiplayer. Thanks to this, we can fight off opponents from around the world. Do you want to race through the peaks of Norway or the sandy roads of Kenya? Or maybe since 1998 you are a fan of the CMR or DiRT series? You can now exchange your Soul Gems for your own DiRT 3 game! 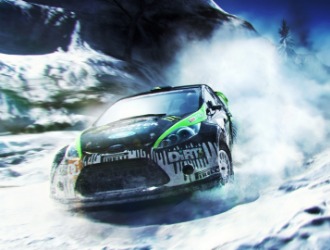 DiRT 3, or rather Colin McRae: DiRT 3 is the third full-fledged part of one of the most popular racing games in the world. The series had its beginning in the late '90s, when the game inspired by the 1998 WRC races was released. The game was called Colin McRae Rally. Originally, each part of this series was also branded with the name of a well-known rally driver. In the 2000s producers decided to change the name of the game to the DiRT series. There was created dozens of parts and add-ons for the game through the years. DiRT 3 was produced in 2011 and immediately went to the Xbox 360 and PlayStation 3 consoles as well as computers. The game was also supposed to appear on Wii, but it was canceled. The Codemasters Software studio has been producing and publishing the series from the very beginning. DiRT 3 is, as we mentioned earlier, a racing game that is one of the leading and most popular in the world. The DiRT series has gone through different phases, from WRC to off-road racing, but the third part of the game is a huge comeback to the origin. DiRT 3 has been developed under the WRC license and, thanks to this, contains many real, related to races elements. In DiRT 3 over 100 routes have been created. Almost 40 of them are typical rally ones. The game leads us through various routes, both fast racing routes from the USA, gravel roads of Finland or more difficult, snow-covered roads straight from Norway. There are also cherries on the cake - popular racing Monte Carlo routes. There are dozens of various vehicles from different eras. We can encounter cars adapted to unusual races or off-road rallies. There are many classics from the 90s, modern cars full of electronics or typical rally cars. DiRT 3 is a game that offers the player pure entertainment and many hours of fun. Playing the role of the rally driver, we can travel through various routes, sitting behind the wheel of various cars. DiRT 3, however, also took care of players who love challenges. There are several interesting quest lines and challenging tasks to pass. Anyone who likes racers or who know the Colin McRae Rally series should play this title. If you would like to download the game DiRT 3 for free today, exchange your Soul Gems for your own game!