Get Middle Earth: Shadow of War absolutely for free!

Middle Earth: Shadow of War is the continuation of the adventure game Middle Earth: Shadow of Mordor, set in the Lord of the Rings universe. The creators improved the game mechanics and significantly expanded the RPG elements. Do not wait and now get this sandbox hack'n'slash in a fantasy atmosphere for free. 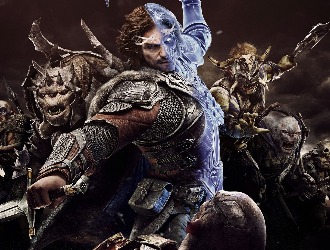 If you like Middle Earth: Shadow of Mordor than Middle Earth: The Shadow of War will make you delighted. The second part of the series is a continuation of the previously started threads with definitely improved game mechanics.

The action takes place directly after the events of the first part, in a vast world inspired by Tolkien's prose. We will therefore travel (on foot or on the mount) Cirith Ungol, Gorgoroth, Osgiliath, Seregost and the fortress on Lake Nurnen.

The fights are based on the combination of attacks and counter attacks, which makes them seem extremely dynamic. Compared to the previous version, these are also battles of a much larger scale. In clashes with our side, there will also be numerous battle beasts, dragons, caragory, trolls and graugas.

The Nemesis system is still present in the game, which is responsible for the unique selection and continuous development of opponents. However, it is significantly expanded.

In comparison to the first part, RPG elements have been significantly expanded. We improve our equipment by robbing the carcasses of the murdered by performing side quests or by using jewels and runes. As we progress, we also get access to our hero's active and passive skills set.

All this combined with full detail of three-dimensional graphics and atmospheric music, allows us to delve into the world of Middle Earth for many long hours.

Do not wait and get your free copy of the Middle Earth: Shadow of War now!