Get Hitman Absolution absolutely for free!

Hitman: Absolution is an action game with elements of stealth. This is the fifth part of the Hitman series. The Danish IO Interactive studio created this production in cooperation with Square-Enix.

Events in Hitman: Absolution take place a moment after the story of Hitman: Blood Money. Of course, the main character is still the best killer with a characteristic bar code on the back of the head. He is called Agent 47.

In this part, our main character is betrayed by his former employers and dragged into the middle of a mysterious conspiracy. He is no longer a hunter, he becomes prey. To survive, he must use all his potential and demonstrate great determination.

The game, similar to the previous parts from the series, allows deep exploration of the surroundings. The main rule is the elimination of our targets without unnecessary heckling. Spectacular methods of killing are valued here. For example death as a result of poisoning is one of the best in the game. An important feature of the game is the ability to accurately match the level of difficulty to the player's skills and preferences. Also, players who like extreme challenges will find something for them. The Purist Mode was created for most experienced players. Its most important feature is the removal of the so-called HUD which is actually the user interface.

The game is popular because of the graphic design, size of the maps and a variety of levels. In March 2013, the message came out that the game sold over 3.6 million copies. We absolutely understand the phenomenon of this game!

Hitman: Absolution offers its players a sophisticated gameplay at a high level. 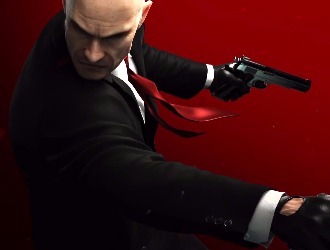 Gamehag is a portal that brings together thousands of players. It values its users very much, that's why it has introduced a system for exchanging Soul Gems for interesting prizes. Today, Gamehag offers you to exchange Soul Gems for the key to download an amazing game - Hitman: Absolution.

Hitman: Absolution is an action game with elements of stealth. It is the fifth full part of the Hitman series. The Danish IO Interactive studio in cooperation with Square-Enix created this production. The plot of the game focuses on the ongoing adventures of Agent 47 - an assassin with a characteristic bar code on the back of the head.

Absolution, similarly to the previous parts of the series, effectively encourages the exploration of the area and to eliminate the targets without unnecessary heckling and noise. At the same time, more spectacular murders are honored, for example death as a result of poisoning. A valuable attribute of the game is the ability to accurately match the level of difficulty to the preferences and abilities of the player. For those who like extreme challenges, a special mode called Purist has been prepared. Its most important feature is the removal of the user interface, the so-called HUD.

In this part of the game Agent 47 is betrayed by former employers. He must face a mysterious conspiracy. The roles are reversed - the assassin himself becomes prey and has to show great determination to survive.

Hitman: Absolution is certainly an interesting game that will provide the player with excitement at the highest level.