Looking at the starry sky at night, many of us wonder what is really going on up there. Are there developed competing civilizations? Are there beings similar to us in space? In 2012, Amplitude Studio created its own vision of answering these questions by creating the game Endless Space. The game is set in a distant galaxy in the future, which is inhabited by several highly developed, competing races. The game, less than a year after its release, got the Endless Space Disharmony expansion, which has expanded the story with an additional thread devoted to the ancient race traveling through space since its inception.

Endless Space - Collection is a pack of the first part of the game Endless Space with the addition, creating a complete, extremely intriguing story woven into a really demanding and interesting turn-based strategy. 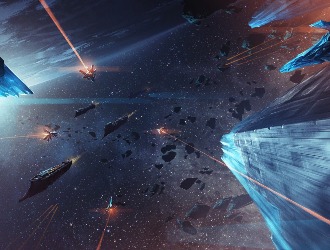 Endless Space is a sandbox game released in 2012 set in the realities of science fiction. It is a 4X turn-based strategy that was created by the Amplitude Studio group consisting of former members of EA Games and Ubisoft. The plot of the title is set in the distant future and a distant galaxy, in which 8 civilizations compete for influence.

Endless Space Disharmony is, in turn, an addition to the first part of the game, which was created in 2013. In this part, the gameplay is varied with an additional, very developed and interestingly carried out story plot and an additional race.

If you like themes related to the space, distant galaxies, aliens and the colonization of new planets, you will definitely love the Endless Space - Collection package available on Gamehag. Exchange your Soul Gems today!