Dragon Ball FighterZ is a classic brawl in the world of manga and anime with the use of tag battle technology. Thanks to the use of 2.5D graphics, the player has the impression of real control over the fight of the characters of the TV anime Dragon Ball. 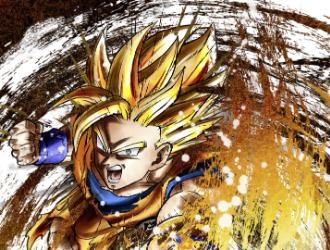 Get Dragon Ball FighterZ key for free of the game in the cult universe of the manga and anime series Dragon Ball. The Bandai Namco studio and Arc System Works known for the Guilty Gear or BlazBlue series are responsible for the production of the title.

Dragon Ball FighterZ is a classic fighting game with a tag battle system, in which we create teams of three characters from Dragon Ball. During the fight, we switch between our characters, creating complicated attacks and combos. The player whose team first loses all life points loses.

Dragon Ball Fighters graphics were made in 2.5D technology. Characters are two-dimensional, but the environment in which they are located is reflected in the full details of the three-dimensional projection. Thanks to the effects applied, the game visually looks like classic anime.

Test your warrior skills or challenge your friends to a duel! Order Dragon Ball FighterZ for free and enjoy the game now!