Get 12 is Better Than 6 absolutely for free! 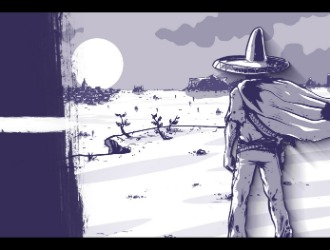 The game takes place in 1873. We play the role of a slave who managed to escape from captivity and wants to flee to the United States. Original graphics will allow you to remember the Mexican adventure for a long time - the game is drawn with a pen on a sheet of paper, but it is still nice to look at.

A large amount of weapons gives you many possibilities and ways to defeat enemies. However, if you don't want to fight, you can sneak up and avoid confrontation.

Test your skills and reflexes in this interesting and captivating story of a runaway Mexican slave and see if he can survive in the cruel Wild West.