Get World of Warcraft: Battle for Azeroth absolutely for free!

The seventh addition to the well-known MMO RPG World of Warcraft game refers to the rivalry between the Alliance and the Horde, the two most important factions in Azeroth. The developers have introduced a number of new quests and enemies, new dungeons and raids, the possibility of raising the level to 120 and new game modes based on PvP and PvE. 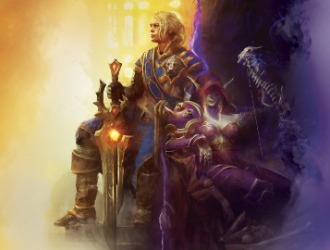 World of Warcraft: Battle for Azeroth

World of Warcraft: Battle for Azeroth is the seventh addition to the iconic MMO RPG World of Warcraft from 2004. The extension provides players with six playable treasures and two completely new continents.

This time the plot of the game focuses on the ongoing war between the Horde and the Alliance. It's time to get allies and start expanding into the enemy's territory.

Battle for Azeroth provides new dungeons and rallies, and increases the level limit to 120, with the possibility of promotion of the chosen character to 110. Access to new talents will be gained thanks to the legendary necklace (reinforced during expedition like weaponry in the Legion).

- warfronts, or cooperative missions in teams of twenty people, in which players try to take control over strategically important locations for the faction,

- fight in groups of three for uncharted areas, i.e. a random fight for selected maps with randomly selected opponents (in a mixture of PvP and PvE modes).