Get 100 Topaz in League of Angels III absolutely for free!

League of Angels III is the third installment of the iconic MMORPG created by Youzu Interactive and GTarcade. This title has won the hearts of players around the world with the release of the first part. Loyal fans of the series spend many hours a day devoted to developing their character and exploring the world. The game developers wanting to provide their users with even better entertainment have created several currencies allowing for various in-game purchases. Some of them can be exchanged for equipment, while others are for VIP status. Topaz is one of the most important currencies in the game, exchangeable among others for Diamonds. 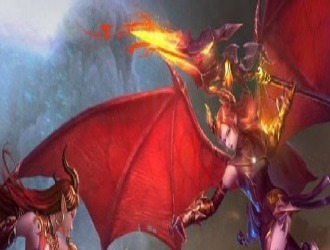 100 Topaz in League of Angels III

MMORPGs are widely recognized by players around the world. Titles of this type allow for shared games with friends varied through many hours of building characters and developing skills. Such games include League of Angels III, which is the third part of the iconic MMO created by Youzu Interactive in consultation with GTarcade.

In the game you can take part in epic turn-based battles, develop your character to high levels and explore the unlimited world of the game. To allow players to do even more, the developers have released a micropayment system. They allow the purchase of currencies that players can exchange, among others for equipment or purchase of a VIP account.

If you want to get 100 Topaz - one of the most valuable currencies in the game, exchange your Soul Gems for a prize - League of Angels III 100 Topaz!

250 Topaz in League of Angels III