Godfall is the latest game created by the American Counterplay Games studio located in California. This studio has released one game so far - a strategic battle card game called Duelyst. However, this game was not the only achievement of graphic designers, programmers and designers from the studio. In the past, they worked on huge projects such as, for example, Ratchet & Clank, Destiny 2, Halo 5 and Overwatch. For this reason, Godfall is a game refined in every detail, with interesting mechanics and an eye-catching graphic design. The premiere of the game took place in 2020 and it is an exclusive title on the Epic Store platform.

In the title we can see some inspiration taken from Destiny and Borderlands. It is an action game full of hack'n’slash and RPG elements based on the mechanics of looter shooters. However, we will not encounter here any shootouts neither space technology. Godfall was set in a fantasy world, and the fighting is mostly melee. The hero has on his disposal a huge assortment of melee weapons and armor that have a huge impact on the gameplay. The game is about fighting opponents (NPCs), acquiring better equipment, developing the hero's skills, personalizing characters and performing assigned tasks. Godfall is a third-person perspective game. It was created in a way so it can be played by both solo players and a group of (up to four) friends who want to explore the fantastic land together in cooperative mode. Multiplayer is available only via the Internet. 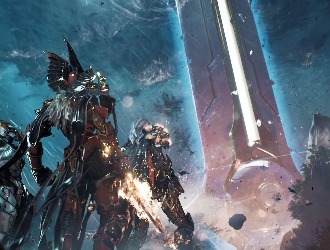 Counterplay Games is a gaming studio located in California, USA. It became famous thanks to the turn-based battle strategy Duelyst - a card game released on Windows PC and for browsers. This game used the free-to-play model with micropayments and was released in 2016. Counterplay Games studio, although it was created relatively recently, consists of designers, programmers and graphic designers who in their careers co-created such works as, among others, Resistance, Ratchet & Clank, Titanfall, Left 4 Dead, Diablo III, God of War and many others.

The latest game from the Californian studio is Godfall, released in 2020. This is a TPP action game with elements of RPG and hack’n’slash. In addition, this title is based on the scheme of looter shooters. Despite the slight similarities in mechanics, the game is set in a completely different convention than representatives of the genre (for example, Borderlands). Shooting was replaced here by close combat, and futuristic guns were replaced by melee weapons.

The story of Godfall is set in a fantasy reality. In the game we play the role of a hero who traverses a fantastic world, performs tasks, discovers new locations and fights enemies occurring in huge hordes. The game is about collecting equipment, personalizing the appearance and developing the hero's abilities.

Would you like to play a promising game created by the creators of real gaming hits? Or maybe you dream to play the role of a knight and fight evil without hesitation? Visit the Gamehag website and exchange your Soul Gems for Godfall today! 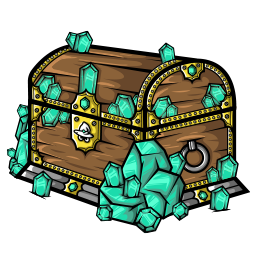