What is Arcane Showdown?

Arcane Showdown is a strategy game that is based of the game Clash Royale created by Supercell. For short I will just call it AS. For those just wanting to know what the game is about and do not want to read the whole article, the game is a 1 vs 1,or 2 vs 2 unlocked later into the game, which you use cards that are spawned with your points. Good day to those who will not read on.

Reminder, AS stands for Arcane Showdown.


AS includes many characters and creatures costing a wide variety of points to spawn. You and your opponent start off with 3 statues and 3 pads. These pads will be used to expand your spawn area and the amount of mines you can place with your wand. As you expand your area of land and place more mines, your opponent will most likely try to destroy your mines and your statues. Be mindful that you can upgrade your statues to attack incoming troops. As for when you attack your opponent will be doing anything to place his/her cards to block your attack on their statues and mines. Once you have played the game for a while you will have unlocked a guardian. This is your special key for your attack to win the game because of its high health and high damage. When playing AS it is not as easy as just placing cards, their are different tiers of cards to unlock while in a match. An example is that you will start of with your tier 1 cards but with your points you would have to unlock your tier 2 and 3. To get cards you open chests, which are obtained from being bought from the in game shop, earned from matches and the Citadel Rewards System. There are also guilds you and your friends can create or join. As this game is still in Early Access coming out February of 2020, much more content is expected to be added. 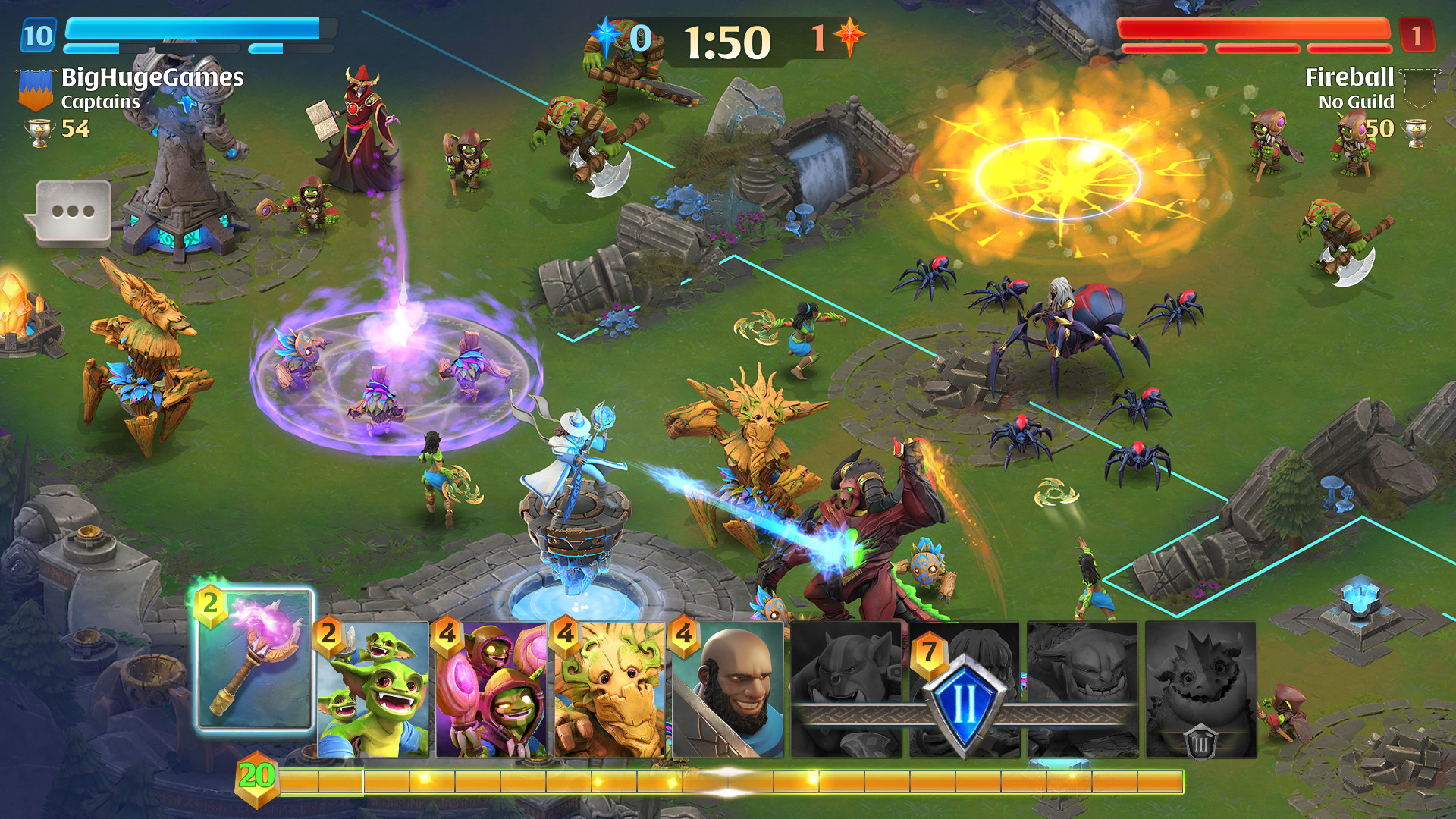 
As mentioned in game content, Arcane Showdown features many characters/card. There are 62 cards you can choose from to include in your team of 8, while there are currently only 4 guardians to choose from. To unlock better cards, you must make your way up the Citadel Rewards System by winning matches. Some of the characters featured are Orcs, Goblins, Humans, Dragons, Spiders and many more! Note that not all cards are characters, as some of these cards are spells such as fireballs. With all these cards including in the game, we are given 3 beginning slots for card decks but you are able to unlock up to 6 as you advance into the game. 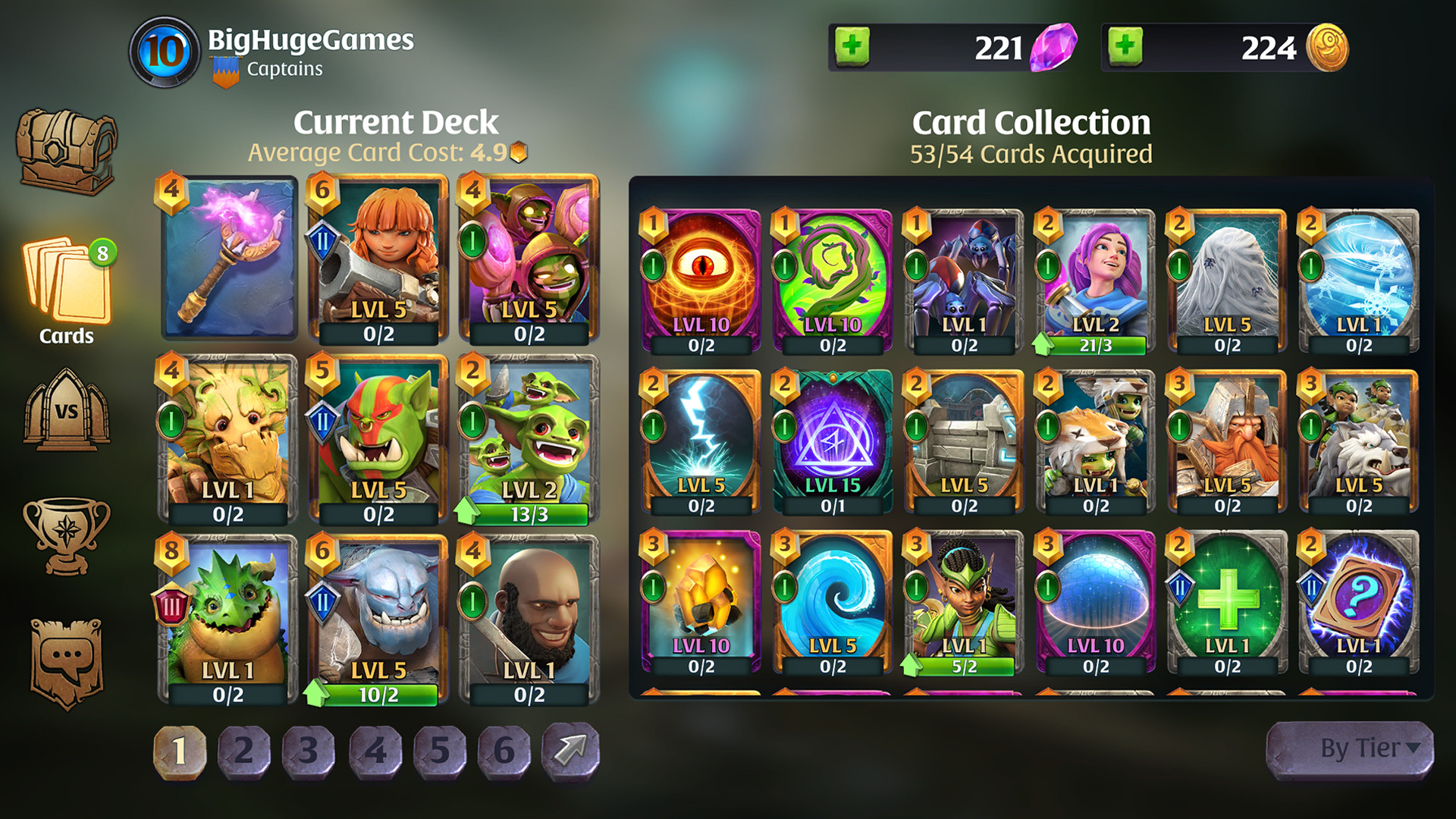 GameHag Features 4 tasks for you to do. The tasks are accepted or declined in a reasonably fast time period, but there is a 1 hour wait between doing another task from the same game again. The total amount of points that can be earned from these tasks are 2020 Soul Gems, At the moment, 8/4/2020, the task was increased to 2828 Soul Gems. 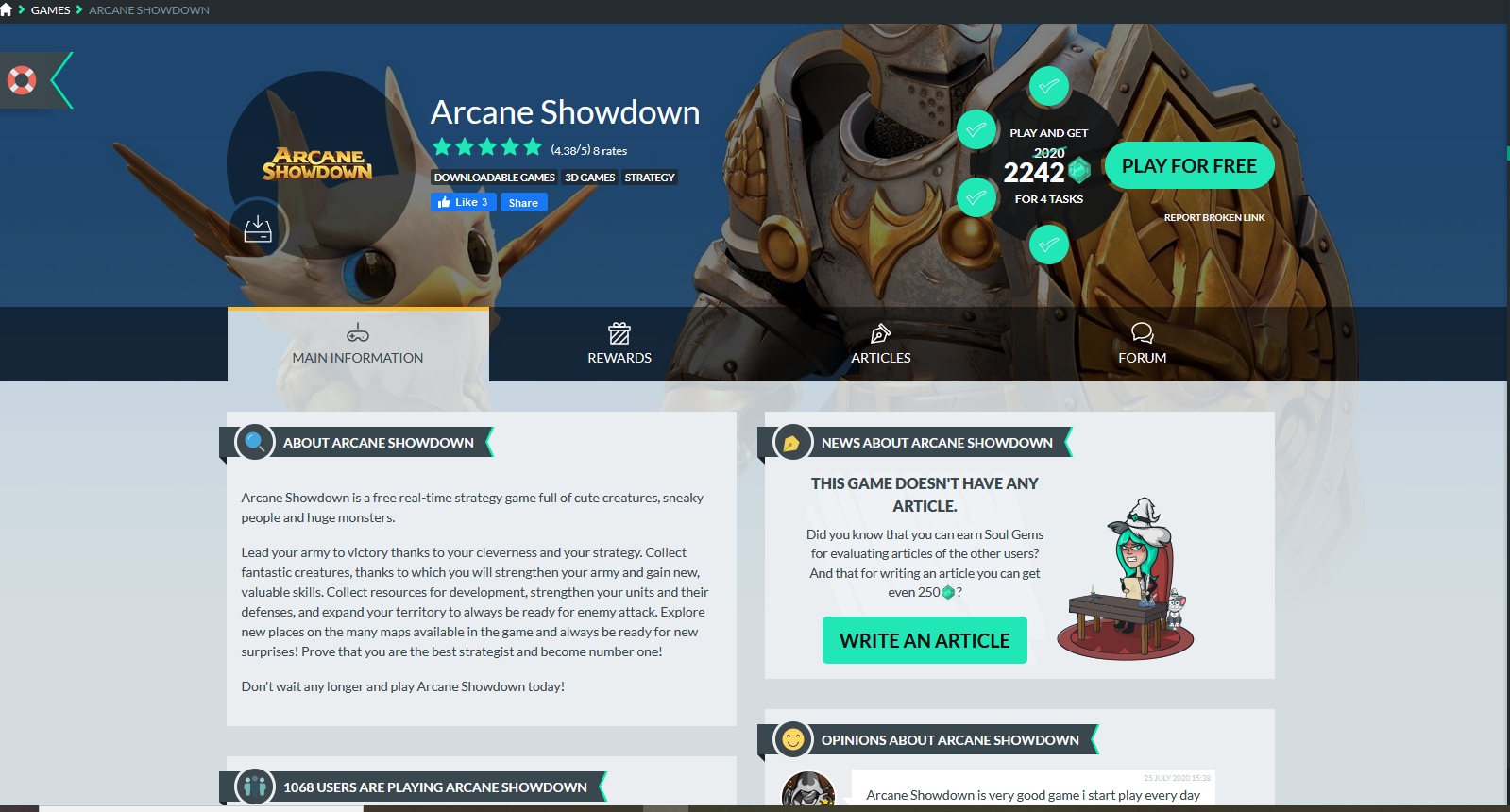 Arcane Showdown is a great game for strategic players and a great way to get Soul Gems. Even though AS has a few bugs, it is still in its Early Access phase. With its great mechanics, it is easy for new players to catch on to the game. With new content being worked on daily, AS has high potential of becoming even better for the years and month coming.

Thank you for reading what I took time and dedication to make. I hope it helped you and/or enjoy.Good luck on earning more Soul Gems for your reward goals, and farewell my friends, I hope you all have a great rest of the day, noon or night. Also don't forget to leave a comment on how I did. This is my first article. :)

thank you good write up

Sounds like and is a knockoff of clash royale, just play clash royale LOL also combined with Raid Shadow Legends.

Would anyone like more articles? If yes please leave a comment about what you want to hear, I will try my best to write about all of your suggestions!

Thank you very much for the article! This is a good general overview of the game.

However, it seems that specifying the SG reward SG wasn’t much appropriate, especially given the wide variety of users being from different countries, as they get different reward depending on their region. And since you touch the context of "rewarded game tasks", it would be good if you write a little more about it :) But you're great still. Hope to read more from you in the future!