The Overwatch game comes from FPS with the addition of character classes. The game is multiplayer which means that we can play with our friends and enjoy the game together! Matches in the main game modes are played 6vs6. I think that's all you can say about the game at a glance, now I'll state the details below!

Hello, y'all. In this article, I'll make a review of the game "Overwatch". Enjoy!

So, as I mentioned earlier, matches in the main game modes are played 6vs6, everyone must choose the character they will play before starting the game (they can change this character during the game), there are many heroes from tanks through attacking characters ending with medics so surely everyone will find something for everyone.

Now I will present the overall look of the match/round, there are many game modes so I will show it very generally.

This is more or less our view during the game:

In the lower-left corner, we have a portrait of our hero we play and his life bar and armor. Whereas in the bottom right corner we have shown our skills and weapons together with ammunition, we can also check here in how many seconds we will have the skill available. At the bottom in the middle we have shown a charge of our super-skill which can change the course of the game a lot, we load this power by mutilating/killing enemies. In the upper part of the screen, we can check who wins, picks up the point, etc. depending on the game mode we play.

Each hero has a story that is constantly being developed. Some of the characters also have interesting references in the game referring to the plot, examples are the Hog and Scrap Metal and the "Junkertown" map, the heroes mentioned earlier lived in this place.

I have not presented the general plot of the game here because it is very great and does not affect the game strongly.

Below I'll state the advantages of the game:

- A lot of updates and events

- New characters are constantly being added

- The plot of the game is constantly being developed

- Many mechanics and options in the game

- Some buffs or nerves are very strong or very weak, but it's still being worked out. 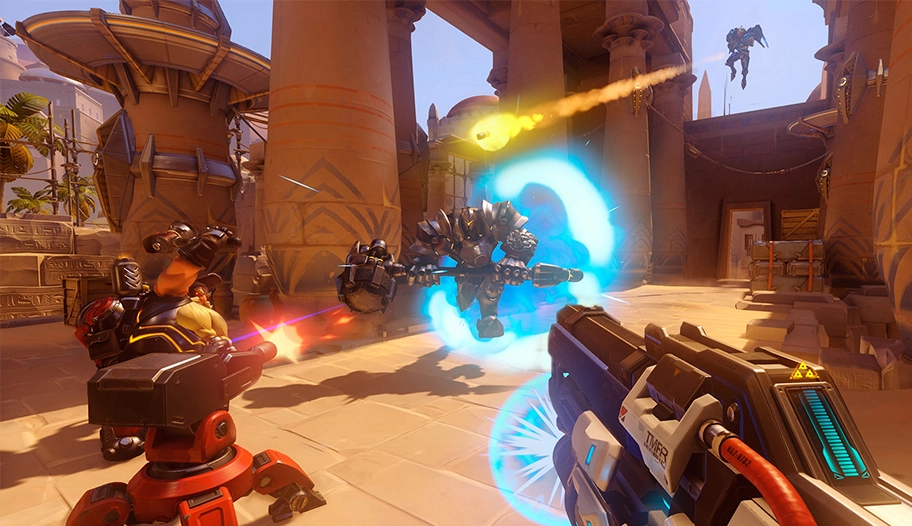 What do I think of the game?

I rate the game with 10/10. The game is very extensive in every respect and it is still being improved. The great plot and maps referring to it are cool side things that may interest us. The player reward system is well done, we don't get more HP items for a given character, but we do get boxes of cosmetic items that do not change anything outside the dress, which is a good solution because people playing more at the game are not stronger than those who play less . Theoretically, you can't find minuses in our great game. The only thing you can fault is the huge price of the product.

What do you think of the article? Let me know in the comment section!