Finally, a new return to the fantasy series in the world of video games Final Fantasy, although the performance is not entirely new, Final Fantasy 7 Remake will provide a sufficient dose for fans of the series wherever they are and no matter how old they are.

Final Fantasy 7 Remake is a new reimagining of the game that was first released on PlayStation 1 in 1997 and was one of the games that made huge content, especially since it was released on more than one tablet and this in itself was a rare thing at the time.

But let's go back to this version that will initially shock you from its size of approximately 100 Gb, but it may be worth being installed on your PlayStation 4.

The game as I reimagined, we will see a big difference from the original version especially with regard to the style of play which is now direct and not the Japanese role system that allows the player to launch his hit and then the opponent strikes and so on until one eliminates the other.

The game can be said to have become an RPG action with the characteristics of fighting with swords with a quick swordsman.

Before I talk about the style of play that has encountered a lot of changes I want to give you a glimpse of the story of the game centered around the character of Cloud Strife who was a soldier of Shinra forces before defecting and joining a group described as an outlaw called AVALANCHE, which pours its resistance against Shinra where they accuse it of absorbing the energy of the planet and seeking to destroy it. 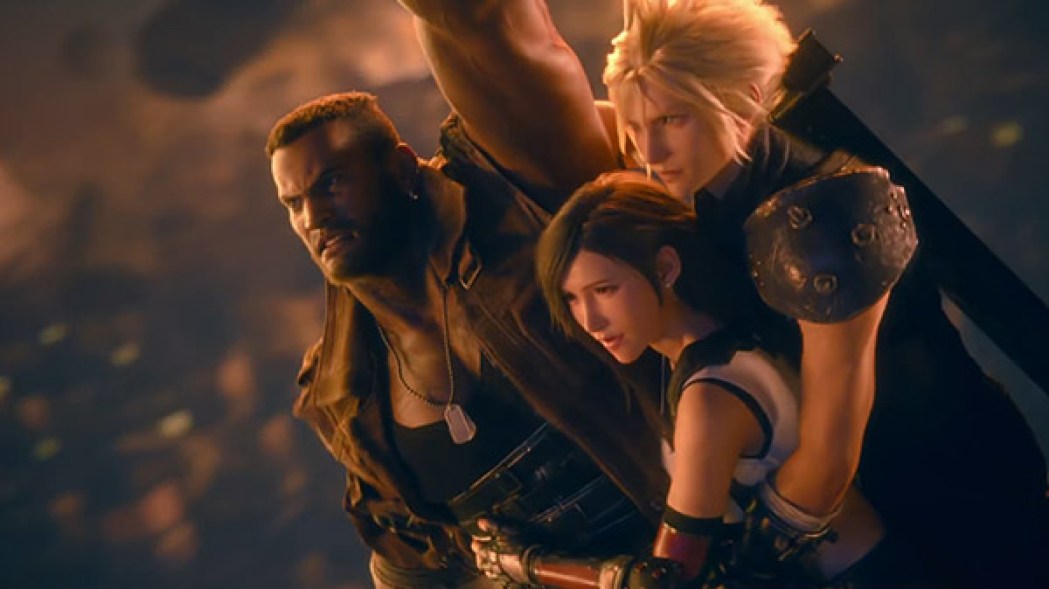 The story of the game is attractive and well known without a lot of changes if you are one of those who experienced the original game and contained a lot of moments that are longing to continue to discover its clues to the end despite the slow events at times especially the beginning.

The gameplay received a lot of changes from the original game where the game abandoned the Japanese RPG method to turn to the Western-style action RPG quickly so that the player became fighting and confronting and avoiding strikes directly with opponents who are usually one or some enemies at the same time. 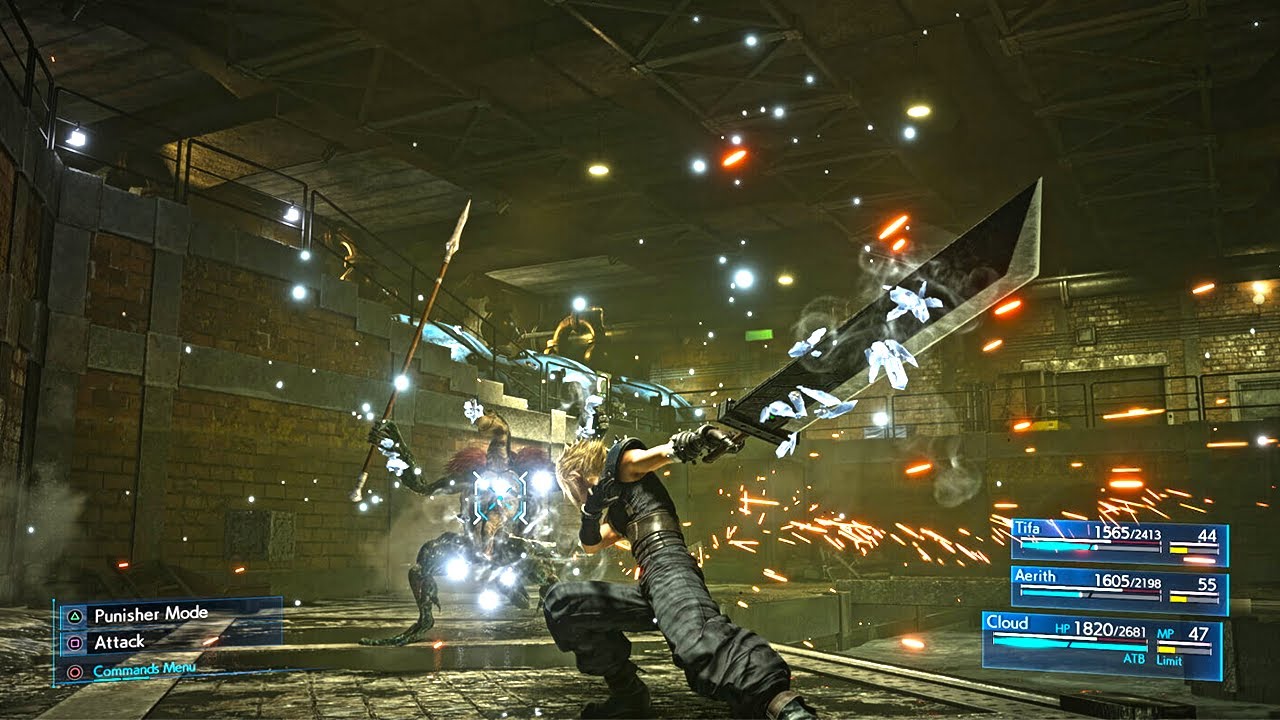 The game offers you many features that were in the original game besides fighting with swords with distinctive abilities; you will also have special side abilities such as magic and special skills.

The player can develop all these abilities during his progress in the game, depending on the collection of the currency of the game that he can get from completing the primary and lateral tasks besides getting a self-reward obtained from the world of the game.

What's new is the combination of the use of the sword in the killer and the unique abilities placed under the X button in the PlayStation 4 controller, where it introduces you to a small side list through which side abilities can be used for both treatments, special skills or magic skills.

It Will does not take you out of the playing environment, but time will slow down so you can choose and execute directly. 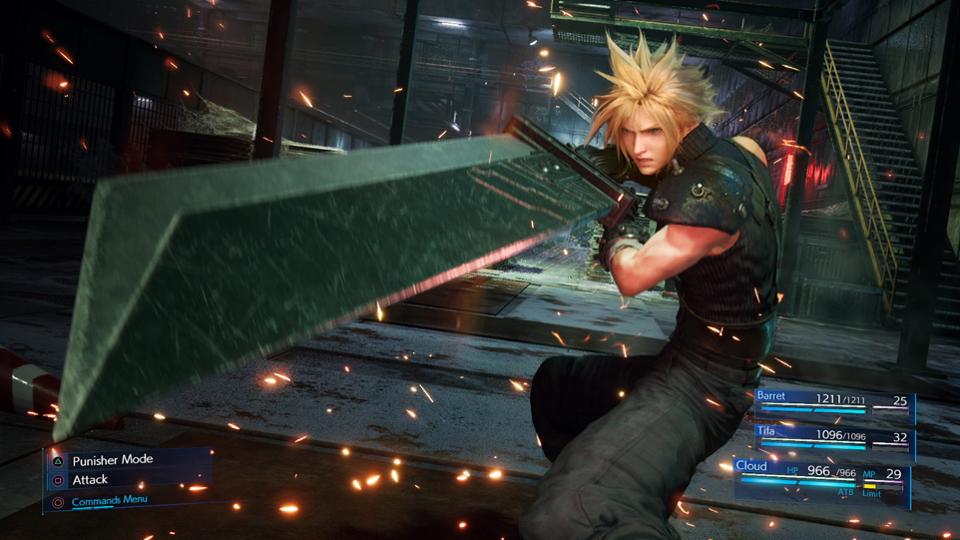 Made the game maintain its old system but with its introduction in a modern way that fits the new style of play smoothly and enjoyable.

There will be a lot of room for developing character capabilities and weapons, as well as the ability to create the skills of the side characters that will accompany you in exploration and combat.

There will sometimes be the possibility to switch between the character of Cloud Strife and the accompanying character to carry out a fun binary fight. Still, also there will be an opportunity to carry out double attacks, and this capability will appear to you at specific times, depending on the speed and quality of the combat unit. 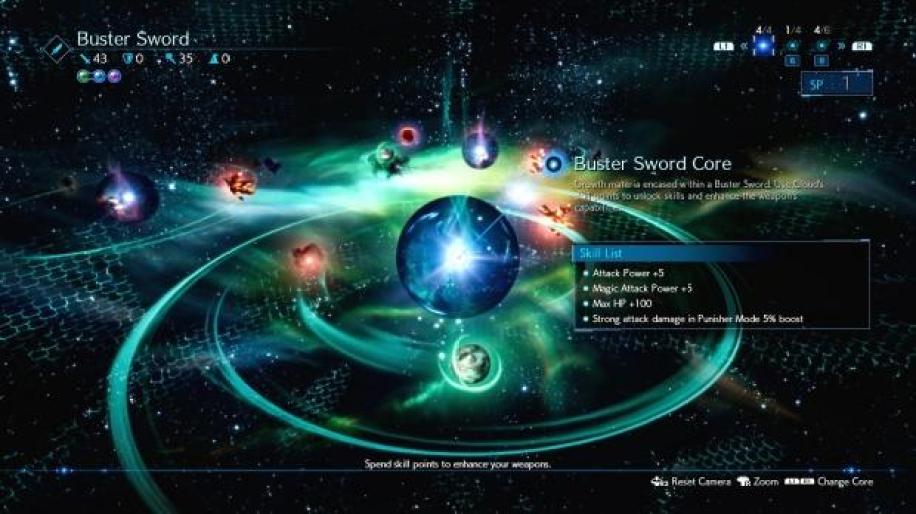 Battles in the game with fast stamm and the use of special abilities will make the atmosphere of fighting something exciting, and you will listen with it significantly. However, the game will try to pressure you by increasing the number of enemies in one battle as you progress in it, so I always advise you to carry outside missions.

The need to do side tasks to get money to buy weapons and support resources enables you to increase your strength to deal with enemies as you progress faster and full of energy, especially since you will reach a stage where you can carry out focused strikes that drain your opponent's abilities significantly.

Some Materias can be added in specific boxes for each weapon to provide the player with unique abilities, whether by doubling XP points, increasing damage, or building a shield.

Materias can be obtained by purchasing them from the points of sale that will be selected for you in the city that will be the center of the game and the stronghold of the tasks you will carry out.

Each weapon will have its abilities in the attack, defense, and the execution of individual movements and can develop these special abilities through XP points that you get from eliminating enemies during the gameplay.

You can also develop them through points of sale and development of weapons in the city. From my experience of the game, I always recommend visiting these points to create and modify weapons or maybe buy new weapons that will be more efficient you will need when you progress in the game besides the shields that will help him to withstand strikes during combat.

The game's graphics received a significant shift from the original game, and the characters became their features. As many fans of the series and the designs of the characteristics of the beautiful Final Fantasy series always know, and this is what we will get in the game.

Although the level of jump did not reach the level of drop-in other games such as Resident Evil 2 and recently three, which is the best so far, this will not affect much the experience of the game, which will be very enjoyable. 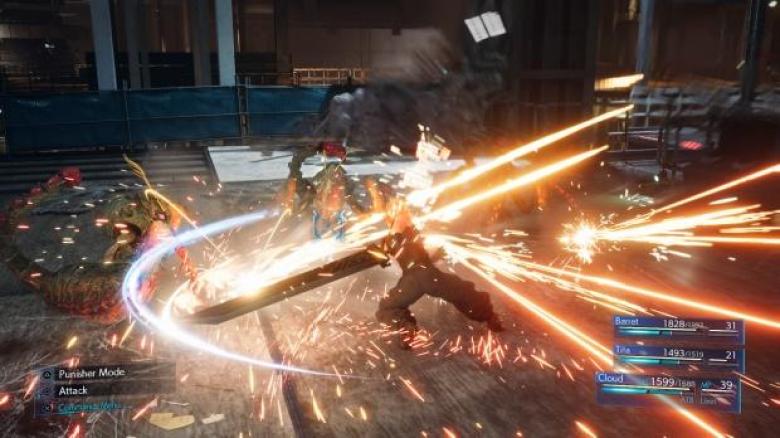 What is wrong with the game is the control system that needs some adjustments especially during the fighting where you encountered some slow response especially in the battles of leaders that require you to switch between attack and defense or take advantage of narrow opportunities to carry out a critical blow where you missed a lot of these moments because of the delay in the response of the game Lag Lag, and this angered me a lot.

The music and sounds were fun in the game and suited to its atmosphere. Still, I would advise anyone who wants to have the full pleasure to adjust the language of the characters to the original Japanese and do the English translation system so that you enjoy the sounds in harmony with the movement of the characters.

I like this game but, unfortunately it only appeared for ps4 :(

this Game reaally good. I always play at hone

Do you kwon Kingdom Hearts ?

It is very good, I recommend it

game looks good but remakes always drop content somewhere and that ruins the experience for me a bit. nobody ever does a 100 percent remake.

i love the end, good article, goos graphics are so well to read, i really like this game im gonna play now